When Push Comes To Shove

I’ve bought lots of real estate over the past 20 years, but I’ve also missed out on my fair share of good deals too.

Sometimes I lost the deal because I negotiated too hard, or maybe it was because of personal procrastination, perhaps even stubbornness where I won the battle (i.e. didn’t pay the asking price), but lost the war (i.e. missed out on a great deal in hindsight).

One example comes to mind. It was a multi-tenant gem in Orlando that would have been a fantastic pickup in my US real estate Fund. I managed to haggle down the price a little, and even get some seller financing thrown in. Truly, every ounce of opportunity was sucked from this deal until there was nothing left. Then at the last minute, the owner pulled the sale, only to relist it a couple of months later. The selling agent said “Shall I re-engage with the buyer we had on the hook?” “No”, the seller replied. “I’d prefer to get a little less and go with another buyer.”

In a more recent example I’d thought I found a great deal in Queensland. It was leased to a brand name tenant on a three year lease that had two years to run, and returning an 8.75% income return, and a cash-on-cash return pushing 13% per annum.  Even better, I had it under contract for my new AREIT about $500k below the estimated replacement value. Surely a great deal, right?

Imagine how surprised I was when the independent valuation came in at $300,000 below the price I’d negotiated! Heck! The justification was that the current rent was above what might otherwise be possible if that tenant vacated, so resetting the value for the lower rent equalled a lower value. 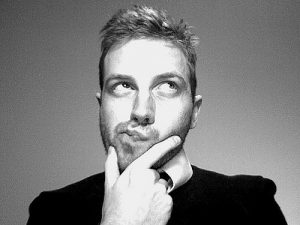 So, what do you do when you think you have a great deal, but it’s not supported by the valuation, or the property inspection, or something else? This is where you have to listen to your head, not your heart, and make an intellectual rather than an emotional decision.

As the seller wasn’t interested in re-trading the deal at a lower price, with gritted teeth I called the agent to say I’m pulling out.

The lesson is this: It’s better to miss out on a great deal, than to buy a dud and have the risk and aggravation of having to fix it. I call this the John West approach to investing – be the best because you reject deals that others accept.

When I’m feeling melancholy about missing out on a deal I remind myself of two sayings:

Find out why my real estate mentor calls me 9 Cup, together with listening to an audio podcast series I did with him, here