Why Some Create Wealth and Others Do Not 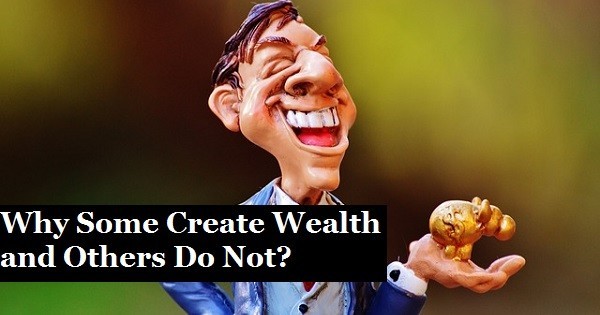 The Australian way of life hinges on our economic freedom, that people are empowered to create wealth.

Some people seem to have more wealth creation power than others do. They may live in nicer homes or drive nicer cars. They may even have more time or lifestyle choices than others, having reached the point where they no longer need to work.

Some people create just enough wealth to get by. For them, money comes in, but then goes right back out. They too, may live in a nice home or drive a nice car, but there is little substance behind the curtain.

On the other hand, some people do not create wealth at all. Instead, they consume the wealth that others create. Rather than contributing and adding value to society, they live as though entitled to be taken care of by those who do create wealth.

Sometimes, these people look disparagingly upon wealth creators. They fail to realise that, in our nation, it is actually the productivity of the wealth creators that funds the lifestyles of those dependent on our generous safety-net system. 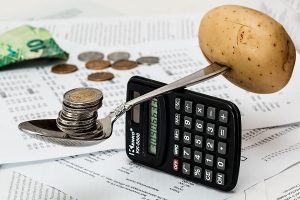 This principle becomes more clear when we understand what money really is. Money is simply a medium of exchange. Through it, economic value passes from one person to another.

Imagine for a moment that money doesn’t exist. I make shoes and Bob builds houses, and I need a house built, but Bob doesn’t need shoes right now, or at least not 5,000 pairs of shoes. Without money, we’re stuffed. I need the value that he offers, but he doesn’t need an equal measure of the value that I offer.

Money is our medium for the exchange of value. It packages up the value we contribute into units so we can trade it as a substitute for goods or services. Where does that value come from? It comes from my work, or my wealth creation contribution to society. Money has value only because more people are contributing than consuming.

Since I have packaged my value up into money, Bob can pass my life’s work onto someone else, who will give him what he needs. Money represents your life; your contribution. It’s the currency of your labour, energy and ingenuity.

The ancient Hebrew people were crystal clear on this principle. They believed that the Creator Himself was the ultimate source of their wealth creation power. This mindset lives on in the beliefs of Jewish people today.

Their worldview smiles upon wealth creation. Making money – adding value to society – is a noble pursuit in their eyes. In so doing, they believe they are bringing pleasure to God.

By looking at a parable taught by one ancient Jewish teacher, I believe we can find answers as to why some people create wealth and others do not.

Jesus of Nazareth once told this story: 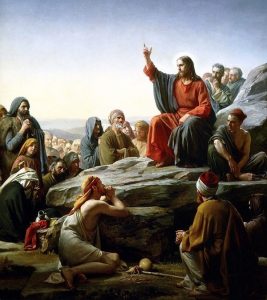 “A man going on a journey called his servants and entrusted his wealth to them. To one he gave five bags of gold, to another two bags, and to another one bag, each according to his ability. Then he went on his journey. The man who had received five bags of gold went at once and put his money to work and gained five bags more. So also, the one with two bags of gold gained two more. But the man who had received one bag went off, dug a hole in the ground and hid his master’s money.

“After a long time the master of those servants returned and settled accounts with them. The man who had received five bags of gold brought the other five. ‘Master,’ he said, ‘you entrusted me with five bags of gold. See, I have gained five more.’”

“His master replied, ‘Well done, good and faithful servant! You have been faithful with a few things; I will put you in charge of many things. Come and share your master’s happiness!’”

“His master replied, ‘Well done, good and faithful servant! You have been faithful with a few things; I will put you in charge of many things. Come and share your master’s happiness!’”

“His master replied, ‘You wicked, lazy servant! So you knew that I harvest where I have not sown and gather where I have not scattered seed? Well then, you should have put my money on deposit with the bankers, so that when I returned I would have received it back with interest.’”

“He continued, ‘So take the bag of gold from him and give it to the one who has 10 bags. For whoever has, will be given more, and they will have an abundance. Whoever does not have, even what they have will be taken from them. And throw that worthless servant outside, into the darkness, where there will be weeping and gnashing of teeth.’”

In this story, two servants doubled the seed capital they were given, and received rewards – more responsibility and even greater prosperity. The other servant went and hid his money in the ground for safekeeping, and he ended up in an even worse position.

Here are three reasons why some people create wealth, while others do not:

1. Some people have the confidence to take calculated risks, but others are too afraid.

“I was afraid and went out and hid your gold in the ground.”

The first problem with the unproductive servant was that he was so afraid of losing his money, he did nothing. His fear paralyzed him. He was on the sidelines, because he lacked the skill and sophistication in the marketplace to overcome the risks he saw.

The wealth creating servants, on the other hand, went out and took some calculated risks. They had the skill and sophistication to enter the market, risking loss, but confident they could mitigate the risk and gain a return.

How do you measure up? Have you hidden your gold in the ground? Do you lack the skill and sophistication to overcome the risks you see in the market?

2. Some people add value through their labour, energy and ingenuity, but others are lazy. 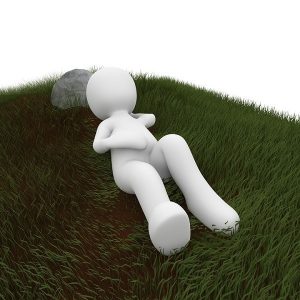 “You wicked, lazy servant! You should have put my money on deposit with the bankers.”

We’re not sure exactly what the two wealth-creating servants did to double their money, but what we can glean from this story is that, by working hard or working smart, or both, they produced a return.

But what did the lazy servant do? Not a thing. He couldn’t even be bothered to lend the money to someone who was skilled enough to put it to good use. Instead, he buried it, rendering it completely useless, which was a true representation of the servant himself.

How would your lifestyle change if our government no longer had a sufficient margin to redistribute wealth? What if there was no family tax benefit?

Like the unproductive servant, is there untapped energy or ingenuity inside of you that you could contribute to society? If so, why haven’t you tapped into it yet? Are you lazy? Are you wasting time amusing yourself in front of the TV or online? 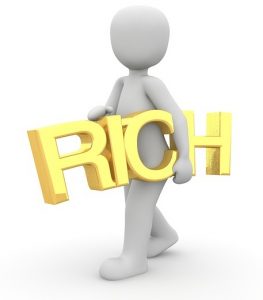 “So take the bag of gold from him and give it to the one who has 10 bags. For whoever has, will be given more, and they will have an abundance. Whoever does not have, even what they have will be taken from them.”

As far as our investing is concerned, we’re either getting wealthier, or we’re getting poorer. If you hide your cash under a mattress, as long as there is inflation, your buying power is diminishing and you’re going backwards. If you own assets that are producing a net return below the rate of inflation, you’re also moving backwards.

Is it time to reassess where you store your wealth, to stop being fearful and lazy, and redeploy? Are your real estate assets lazy? (See point number four, here.)

To Create Wealth, You Have to Change Your Mindset 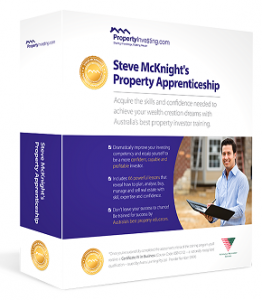 I don’t believe that Jesus’ story was intended to offer an exhaustive explanation of why every poor person is poor. In many cultures, including our own, there are injustices and generational traps that make it difficult for the poor to extricate themselves from their situation. We should compassionately help them.

But if you’re reading this article, I’d venture to guess you’re not in that category. If you have a wealth creation problem, it’s probably an internal one, so don’t play the victim.

If the ability to create wealth is a result of internal qualities, then you can re-shape how you think about money. If you’ll take full responsibility for your financial future, you can choose to stop being fearful or lazy with money, and improve your situation. You can learn and develop the skill and sophistication to give you the confidence to step out and take the calculated risks that will empower you to build greater wealth over time.

In Steve McKnight’s Property Apprenticeship course, this is our goal. We’ve helped hundreds of investors change internally, renounce their financial fears and laziness, and become empowered to create wealth, the smart way.

According to a recent survey, losing money on property investment is the second biggest money mistake Australians make. Most investors break a few very basic rules, and end up paying the price. Why not let us help you lay the right foundation before buying your next property? A small investment in your education can save you tens or even hundreds of thousands down the road.

Some Closing Wisdom From Henry Ford 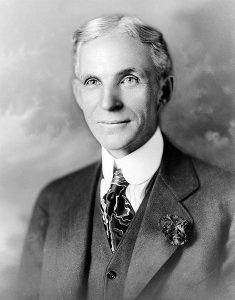 I’ll leave you with three Henry Ford quotes that summarise why some people create wealth and others do not:

“There are two fools in this world. One is the millionaire who thinks by hoarding money, he can somehow accumulate real power, and the other is the penniless reformer who thinks if he can take the money from one class and give it to another, all the world’s ills will be cured.”

“If I lost everything, I would think of another fundamental need people have, and I would answer that need by offering a cheaper and more efficient service than anybody else could. In five years, I’d be a millionaire all over again.”

Although it sounds simple, changing your mindset about wealth creation takes time, dedication and effort; however, the return on investment will be well worth it for you in the end.