Have you ever wondered whether units or houses make better investments? In this article, I’ll explore the pros and cons for both and provide you with a definitive conclusion.

Compared to houses, units tend to be smaller abodes, with smaller rooms and less private open space. They may be stand alone (i.e. detached), or they may have common walls with abutting dwellings (i.e. semi-detached), and may also have shared space for driveways and parking.

Once the domain of the pensioner or downsizer, units (aka apartments, condos, and plexes) are now popular to the point of becoming mainstream for these three reasons: 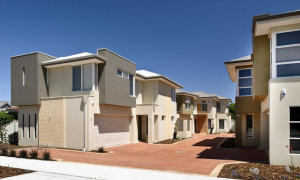 In general, in any given suburb, a unit will be cheaper than a house. This will be because it is a smaller sized building with more compact bedrooms and living areas, but more importantly, because it has less land.

As mentioned, having to put up with small used to be seen as a compromise. Not so much anymore. Smaller now means less cost (i.e. rates, utilities, etc.) and less effort to maintain (i.e. cleaning, garden, repairs, etc.).

While apartment living has always been a necessity in population dense cities like London and New York, and in places like Europe, Australia was urbanised on the back of a “house in the suburbs on a quarter acre”, and a commute (usually via public transport) to the city for work.

Yet, as travel times increased, and as the amenities in city areas improved, the CBD area has morphed from a place to work and be entertained, to a place to live and work and be entertained. For some, the convenience of walking to the office and access to superior amenities such as restaurants, entertainment, transport, etc. have outstripped the benefits of a traditional house in the ‘burbs and a long commute on a congested freeway to work.

Furthermore, as mentioned, while seen as odd by past generations of Australians, unit living is the norm in many Asian and European countries where space is in short supply. Without any prejudice, immigrants see nothing unusual about living in the same type of (compact) accommodation as is the norm in their country of origin.

For investors, compared to houses, units generally provide a better income return. That is, despite needing to accept a lower rent compared to what could be achieved owning a house, investors are more than compensated with a cheaper purchase price so that when the numbers are crunched, it is usual for a unit to have a higher percentage gross return (i.e. annual rent divided by purchase price) than a nearby house. 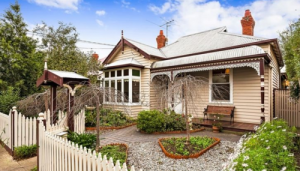 To qualify as a house, the dwelling normally has to be on its own title and have no shared or common area, including walls, driveways, etc. Houses are usually larger than units – both in respect to room size and the amount of private open space.

As mentioned, for many generations past and present, the Great Aussie Dream was to own your own house, which was typically on a substantial parcel of land (such as the classic quarter acre which is a little over 1,000 square metres). While land sizes have diminished (most new houses today come on land parcels of 500 square metres, or less), houses remain the pinnacle of home ownership for those who like their space, are raising a family, and/or who prefer not to be living a wall away (i.e. a few metres) from their neighbours.

Which Is The Better Investment?

Consider this conundrum: you can either buy an older 2-bedroom house for $500,000 in suburb Y, or a new 3-bedroom unit in the same suburb. Which should you choose?

As we flesh out an answer, here’s a general investing principle to remember:

You are better off purchasing the worst house
in the best suburb you can afford,
than the best house in the worst suburb
you can bear living in.

Have you heard the saying “Land appreciates while houses depreciate”? It’s true. What makes a dwelling more valuable is not the bricks and sticks it is made from, which will deteriorate over time and require maintenance, but rather its land size and proximity to appealing amenities. This is sometimes paraphrased as “location, location, location”, but that is only partly true. For land to be valuable it must be usable and it must be scarce; land that is not usable or scarce is unlikely to be a good investment.

The principle mentioned above captures the reality that a bad house on good land will be a better investment than a good house on bad land.

Another general principle to remember is:

Buy the best-worst house you can afford
rather than the worst-best unit.

In other words, dollar-for-dollar you are better off buying a run down house in your chosen location than a spruced up unit. Why? Because over time the land will become more valuable (as it comes more scarce) whereas the unit will depreciate in appeal as it suffers wear and tear from use.

It is true that your rental yield will probably be lower for the house, but whatever you miss out on in income should be well and truly made up for in extra capital appreciation over time.

These two points made, you may be faced with limited deposit capital and/or borrowing ability. If so, then a unit can still be a smart investment if it helps you get in the property market, rather than having to watch on the sidelines as property prices increase faster than your ability to save.

If you are considering purchasing a unit, then here are four recommendations to remember:

To conclude, data that tracks rental yields and movements in median dwelling prices over time indicates that while units deliver a better rental yield than houses, houses outperform in terms of capital appreciation. Given Australia is largely a growth (rather than income) property market, you’re better off with a house than a unit, and better off with a unit than nothing at all.