The Only Way Isn’t Up

The Only Way Isn’t Up 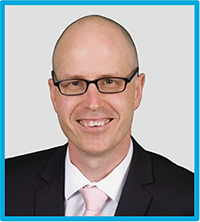 If you’d prefer to view this article as a PDF then you can download it here.

Well, if you were born after 1985 then you could be forgiven for thinking YAZZ were singing about Aussie property prices, because from the time you started noticing real estate values, they’ve pretty much gone up, and up, and up!

Yet property prices don’t always go up. Those a little longer in the tooth can testify that real estate values have a tendency to go sideways for long periods of time when prices stagnate, and can even fall from time to time as happened in regional cities such as Gladstone and Moranbah, and even in metropolitan Perth.

Skill is not particularly needed during periods when real estate values are rising rapidly because all ships float on a rising tide, which means that during a property boom just about all property – regardless of location and condition – will tend to increase in value because sentiment and speculation, rather than sense, drive value.

Markets that have overshot on the upside tend to overshoot on the downside.

However, all booms must eventually end (usually when sense overrides sentiment), and when they do, markets that have overshot on the upside tend to overshoot on the downside; the bigger the boom, the bigger the bust.

Of course, if you’re trying to time your entry and exit to perfection, the ideal time to buy is at the bottom when prices are cheapest, and the ideal time to sell is at the top when prices peak. Being able to do this though is pure speculation and requires extraordinary luck, as you never know the highs and lows of market cycles until after they’ve occurred. This is why practically (as opposed to theoretically) the best time to sell is just after the peak, and the best time to buy is just after the bottom.

Sophisticated investors strategise rather than speculate.

Sophisticated investors strategise rather than speculate. They look to the data, not their emotions, to set their strategy and match it to the prevailing economic conditions of the day, being greedy when people are fearful, and fearful when people are greedy – a saying attributed to Warren Buffett.

So what does the data say about current market conditions? While a detailed analysis of the conditions in each State will be provided at my upcoming 1-day seminars, two interesting graphs based on research from investment house JP Morgan are particularly thought provoking.

Figure 1 measures property prices as a ratio to household income over a 35-year period in Melbourne, Perth, Sydney and Brisbane. It reveals:

You want to be ‘invested’ during the growth times, and ‘divested’ soon after the peak until the next growth period begins.

Figure 2 speaks to the ‘sense’ of values as they pertain to income returns, and reveals a level of speculative lunacy, particularly in Sydney and Melbourne, which is worrying.

Back in the early 1980s, investors bought real estate primarily for positive cashflow rental returns first, with any capital growth a bonus. This was a valid strategy because the debt underpinning the property was self-liquidating; meaning the loan could be serviced and repaid from the net rent.

Fast forward today and net rental returns are negligible or negative. Now property is purchased for growth with the underpinning debt usually not repaid at all. Instead interest-only loans are the debt instrument of choice, and loans are ‘traded up’ when the property is sold or refinanced into the next more expensive deal. Today, debt is something you get in to and never out of.

Purchasing an asset with the strategy of making a certain (income) loss today in the hope of an (uncertain) growth profit tomorrow is inherently high- risk. That said, such a strategy has worked, by and by, in Australia since around 2000. The question remains: how long can property prices rise in a market where income returns are negligible or negative? The answer is: only as long as investors can afford it.

The Canary in the Property Coal Mine

In the absence of rising wages (you’ve probably heard how wages in Australia have been stagnant for a long time), investors have been able to afford higher priced property because:

The canary in the property coal mine is mortgage stress, defined as when a household’s income doesn’t cover its outgoings, including mortgage repayments.

The canary in the property coal mine is mortgage stress.

According to Digital Finance Analytics in October 2017, 29% of Australian households are presently under mortgage stress at a time when home loan interest rates are at, or near, all-time lows. This finding is supported by the following particularly alarming research done for the ABC in August 2017 by Inga Ting, Ri Liu and Nathanael Scott:

* households with a mortgage

It’s becoming harder and harder to mount a sensible argument for how price growth can be sustained.

Pushed along by the extraordinary tailwinds of low interest rates, tax incentives, foreign demand and speculation, Australian residential home prices have enjoyed a near 20-year boom. It’s been quite a property party.

Yet it’s becoming harder and harder to mount a sensible argument for how price growth can be sustained, especially as economic conditions shift towards real estate headwinds: the prospect of higher interest rates – especially for investors – new restrictions and dis- incentives for foreign buyers, more restrictive lending practices, changes to depreciation, and negative gearing being targetted for change.

Australia is ‘due’ for a property price correction. The trigger will be rising interest rates.

If it’s true that markets that overshoot on the upside tend to overshoot on the downside, then surely Australia is ‘due’ for a property price correction. What will be the trigger? You now know the answer: rising interest rates. It doesn’t need to be a dramatic increase. As mentioned, just a 50-basis points increase will add an extra 170 postcodes to the list of those areas where households with mortgages are struggling to meet their repayments.

You’ve been forewarned. If you want to be forearmed so you can protect your prosperity during times when property prices are flat or declining, then be sure to attend one of my upcoming one-day seminars. It’s a non-profit community service event and all tickets are sold at cost. The alternative is to remain ignorant, take your chances, and expose your financial future to untold and avoidable risk. Choose wisely.