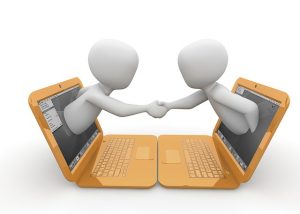 If networking or starting conversations with strangers is not your thing, but you want it to be, you’re in the right place. After 10 years of running our own property-networking groups, I’ve noticed that most people have a real fear around networking, or at best don’t make the most of the opportunity.

This three-part series has been written to debunk a few of those networking myths, help you become an expert at working a room, and show you how to capitalise on the enormous possibilities that a room full of people has to offer you.

Check out the previous two instalments of Networking Like a Pro by clicking the links below:

So, it’s the day after the event and you’re still buzzing from the massive benefits you received from attending the gathering, but don’t stop there. Today’s the day you make sure you lock in those connections you feel are worthwhile keeping.

Now, no one likes being hassled, so this is not about stalking people online or leaving a barrage of messages on their phone. It’s simply about dropping an email or message on their social media profile to say, “Great to catch up and hope we can do it again soon” – that’s it.

This ensures they have your contact details, and you’ve solidified the connection, in case you want to take things to another level.

If, by chance you’ve made contact with the ideal person to take you forward in your endeavours or vice versa, be proactive and arrange another catch up outside of the meeting you just experienced.

If you’re a regular at these type of events, I’m sure you’ll see many of the same people again at different seminars and venues, so it’s always worth keeping the lines of communication open.

Look for Ways to Give Back 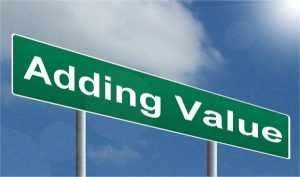 Now that you have made some great connections from your expert networking, look for ways to help those people in the same way you approached the event in the first place. This doesn’t need to be rocket science, it’s just taking a moment to see if there’s some small way you can add value to someone you met on that night.

Don’t try to derive any benefits from this generosity. Just know by helping others, you’ll have a positive effect on the world you live in. In my experience, this is incredibly powerful and ensures you’re tapped into a universal abundance that will serve you and those around you for a long, long time.

It could be as small as recommending a particular restaurant based on what food the person mentioned they liked, or sharing an insight or free resource you’ve utilised lately that has helped with your own investing.

Keep your eyes and ears open, and you’ll find lot of opportunities to share the love.

The Ripple Effect: Being a Conduit for Others

Much in the same vein as giving back, becoming a conduit for others also strengthens your bond with the universal abundance around you. When it comes to my own property investing, every person I’ve ever dealt with has come from a networking group meeting, or a referral from another friend or colleague.

Don’t hold your cards too close to your chest with this. Let good contacts flow through you, so others can benefit. The flow on effect is staggering and the return flow of benefit is phenomenal.

Book Your Next Event 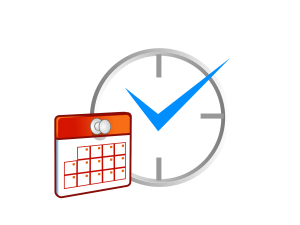 Build on the momentum you have already created by looking to repeat the process. There’s always another property seminar, workshop or networking event happening, so make it your business to find the good ones and become a regular visitor.

If you live in an area that doesn’t have this sort of interaction, you can even start your own networking group. Our Brisbane Property Networking Group started with just six people, but it now has over 3,500 members that regularly attend our events. With the right intentions, you’ll be amazed at the following you can create and the value you can add to other people’s lives, too.

At the end of the day, the important takeaway is that you don’t need to be a pro at networking.

You just need to be yourself.

Each one of us has something to share. Whether you know it or not, you influence and inspire those around you every day. Networking is just a process for creating a formal environment where those who interact can receive the privilege of helping others and in turn, help themselves.

Get outside your comfort zone and meet, inspire and help those around you on their journey, because It’s more fun climbing a mountain with others.

Since his first subdivision project while earning almost minimum wage delivering mail as a Postie, Matt has now transacted over $5 million dollars in real estate. He uses a bullet-proof system to uncover subdivision and renovation deals in almost any market and has perfected the art of joint venturing on his development projects as well.Matt also started what has become the largest real estate networking group in Australia, providing education and a safe networking environment for thousands of property investors every year.Matt now lives in France with his family, where he oversees joint venture property deals in Australia and teaches others how to apply his wealth-building techniques. You can learn more about his techniques, resources, checklists, and formulas at www.PropertyResourceShop.com.