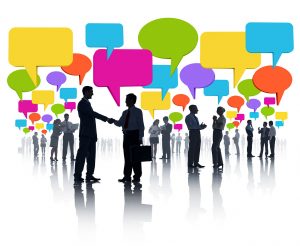 Swiss global financial services company UBS recently declared that Australia’s property market has now peaked. Does that mean your best property investing days are now behind you? That depends on how good you are at networking.

It’s my opinion that regardless of what the market is doing, there are always good deals to be found if you know where and how to look. Not surprisingly, the best deals come to those who take the time to purposefully connect with other people.

Why would you attend a networking event? It’s pretty daunting, right?

I mean, you could be sitting in the comfort of your own home, watching The Block or whatever the latest drivel being served up on TV, also known as the Time Vanishing machine, according to Marty Ayles.

Whether you like it or not, networking with others can be a game changer.

Okay, so I’m a little biased after 10 years of running my own property networking group meetings, but there’s only one reason I continue to rock up every month and facilitate these popular meetings: It’s the same reason everyone else comes along: the networking opportunities!

Now, networking is not everyone’s cup of tea. I know for me, there was a time when I used to be petrified to walk into a room of strangers and had to make conversation, but like most things, it’s never as scary as you think it will be.

In fact, these days I find it rewarding, exciting, inspiring and fun.

So, for those who feel fear and trepidation around networking with others, I’m going to help you by laying out my foolproof approach to networking like a pro. This will ensure you use your time wisely, create a desired outcome, and have fun along the way.

Let’s say you’ve decided to head along to a property seminar or networking event, and by the way, you can use this technique for any social or business gathering. You’ve booked time into the calendar, organised a babysitter, arranged with the boss to get time off, and come hell or high water, you’ll be attending this event!

To make the most of the time and money you’ve invested, we need to break things down into three separate phases:

Today, I’ll be focussing on the Before Phase and how to prepare properly for the event. 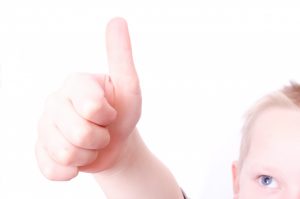 As always, your mindset plays a massive role in every opportunity, and networking is no different. It’s critical that you roll up to one of these events with your head in the right space.

There is no point going along with a frame of mind that revolves around taking. You’re there to give, and in return you will receive – big time!

I often see people walk into the room with dollars in their eyes, looking to acquire their next client for whatever business they’re in. Attendees can spot this desperation a mile off, and it only ensures that you’ll have no longevity with the people attending the event or the promoters of the event.

I can tell you from experience that if you arrive with a view to prey on people, they will notice that, and word gets around real fast, and most times without you even knowing.

Now that you have a clear intention to give to others, have a think about what you would like to receive from being in the room. It’s important to set some goals before you head along, otherwise you have no clear direction as to why you’re there in the first place.

Setting an outcome and a framework around what you want out of the experience gives you clarity and keeps you on track during the event, so it doesn’t just become a social engagement.

Here are some examples of positive outcomes you may want to consider:

Which One: Smart Ways to Choose the Right Event 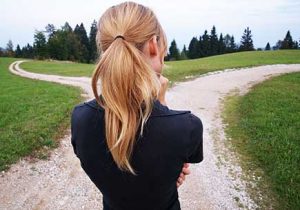 These days, there are a growing number of property events all over the country that you can attend, and they each offer their own benefits. My one word of advice is ensuring the promoter runs the group with integrity. Talk with others that have attended in the past to get an idea on what to expect.

It’s worth mentioning that some seminars will often have something to offer you at the end of the night, so don’t be deterred or put off by this. It may well be something of value, and if it’s not suitable for you at the time, there will be some good quality free information to take home, instead.

Other events, like the meetups we hold in Brisbane, are purely networking events that provide support, a friendly environment, and presenters who deliver exceptional content.

Both options have great networking opportunities with the other attendees in the room, so go along excited by the prospect that you may well meet some exceptional people.

A Little Support: Finding Someone to Accompany You

If it’s your first time attending a networking event or property seminar, it always feels safer going along with a friend or colleague; however, be sure not to latch on to them for security purposes, instead of using the event for networking.

There’s nothing more beneficial than getting outside your comfort zone, so throw caution to the wind and reconnect with the real reason you’re at the event in the first place.

The more emotionally connected you are with the reason for attending, the more likely you will be able to make the extra effort to reach out to others and expand your own level of comfortability.

Confidence Boosters: What to Wear and Bring 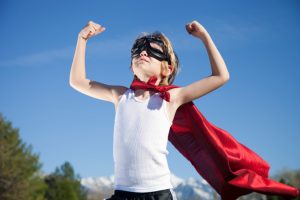 There’s no hard and fast rule with this, but I would always encourage you to dress up, rather than dress down. That doesn’t mean dusting off the tux, or spending a motza on an evening gown; likewise it doesn’t mean thongs, board shorts and your favourite singlet, either!

Dressing in a business or smart casual style will ensure you look neat and tidy, which adds to the level of confidence you will portray. The main thing is to feel comfortable and good about yourself, so that you aren’t feeling self-conscious or anxious about being in the room.

Bring along a notepad or a folder, so you have something to hold and a pen to take some notes. Business cards are great to have on hand, but not always necessary.

What Now: Execute Your Action Plan

Take a breath and stay tuned for the next instalment, where I will give you specific details on helpful and important networking techniques, such as:

All this and more to come in Part 2 of Networking Like a Pro.

Since his first subdivision project while earning almost minimum wage delivering mail as a Postie, Matt has now transacted over $5 million dollars in real estate. He uses a bullet-proof system to uncover subdivision and renovation deals in almost any market and has perfected the art of joint venturing on his development projects as well.Matt also started what has become the largest real estate networking group in Australia, providing education and a safe networking environment for thousands of property investors every year.Matt now lives in France with his family, where he oversees joint venture property deals in Australia and teaches others how to apply his wealth-building techniques. You can learn more about his techniques, resources, checklists, and formulas at www.PropertyResourceShop.com.