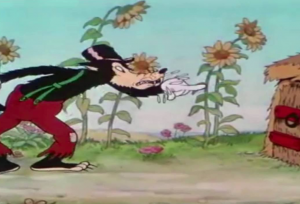 He rode into town with a huff and a puff, but in the end, no house was blown down.

That’s my summary of the Royal Commission into the Banking and Financial Services Industry.

Stories of charging dead people fees, rampant greed, corporate misconduct and much more resulted in 76 recommendations, but none of them ground-breaking nor revolutionary. Perhaps the best result that emerged was the public shame that occurred during the hearing. In the aftermath, powerful lobby groups will likely be working overtime to argue for no change.

In some ways, given the financial resources of those it implicated of misconduct, it is a tap with a velvet sledgehammer (with the possible exception of the few criminal and civil trials that, if they happen, will take years to action).

In the hands of a government that didn’t want the report in the first place, there is no political ruin arising from it. Federal Treasurer Mr. Josh Frydenberg, like an exasperated parent who has lost control of an errant child, released a benign tongue-lashing that is more bark than bite. 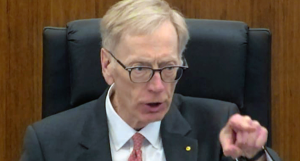 To be fair, His Honour, Commissioner Hayne, and his team of helpers, had a very, very difficult task. As noted in the report, “Not every complaint that was made could be publicly examined. There were too many to do that.”

Gosh… too many to hear? Sounds like the Libs succeeded in scoping the enquiry to be so wide as to make the task of doing it properly, with the time and resources available, nigh on impossible. Who’d have guessed that when they begrudgingly agreed to the review in the first place?

Sandwiched between extremely well-heeled entities hopelessly blinded by greed, and regulators so overworked and under-resourced as to be tossed in to the ring with both hands tied behind their backs, it is unsurprising that the findings centred around two core principles – entities need to do better to care for their customers, and regulators need to do better at regulating.

Neither is likely to happen for long.

After the minimum possible period of contrition, the mighty pulling power of making money will again see consumers and customers compromised by greedy organisations that care more about profit than people. At the same time, regulators may receive a temporary bump in funding to levels still lower than they used to be, until inevitable budget cuts will force them to return to a ‘run on the smell of an oily rag’ operation. 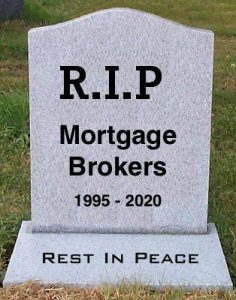 In the near-term, the answer is nothing. Most of the recommendations require changes to law, and with only a few sitting days of parliament left until it shuts up shop prior to the next election, it will be for the next government to roll out. With the housing market on the skids, and the economy likely to stall, there will be bigger fish to fry.

The one big change that might happen, eventually, is Recommendation 1.3:

The borrower, not the lender, should pay the mortgage broker a fee for acting in connection with home lending.

In other words, consumers may have to pay some, or all, of the fees paid to mortgage brokers for their help in finding and obtaining a loan, if a user-pays system is implemented.

If you don’t know, presently mortgage brokers are paid by the lender. This means that the client pays indirectly through either loan application fees, or via the interest rate charged on the loan.

I suspect this will be the death knell to the mortgage broking industry as we know it, and, in a reversal of what happened in the 1990’s, large financial institutions will upscale in-house loan services to offer ‘free assessments’, and pay the higher overhead from the money they’ll keep rather than paying third-party brokers. It might be more transparent, but will it be better? I doubt it. Small to medium mortgage brokers simply won’t survive and they will need to find employment elsewhere. I note in particular Recommendation 1.5:

After a sufficient period of transition, mortgage brokers should be subject to and regulated by the law that applies to entities providing financial product advice to retail clients.

This will require that mortgage brokers will have to ‘know their clients’ and provide ‘statements of advice’ similar to what financial planners have to do now. Sounds good but will add a lot of time, cost and administration that small businesses won’t be able to absorb.

Aside from that, most of the recommendations relate to businesses being forced to have better moral consciences and regulators to have better regulating. No more blind eyes on either side. 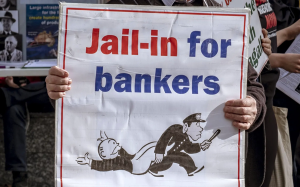 I can’t help thinking the real damage done to the perpetrators of industrial-scale corporate greed and financial malpractice was the daily interrogation in the court of public opinion. Watching them squirm, their humiliation, their incompetence, their hubris and the embarrassment and erosion of their highly-prized goodwill that came from the public hearings was surely worth keeping the show going for a while longer.

With the report released, an election some way off, and the disruption of a possible change of government, this will likely mean many months will pass before the issues highlighted in the report are revisited. And as we all know, justice delayed is justice denied.

You can read the Royal Commission’s report in full here: