What’s Going On With Interest Rates?

Melbourne Cup day produced a few surprises, but none of them was the RBA’s decision to keep its cash target rate at 1.50% – a historic low and where it’s been for the past 18 months.

However, just because the RBA has not increased its cash rate for well over a year, doesn’t mean that home loan interest rates have been be-calmed too.

In this article we’ll examine how liquidity in the finance market acts as either an accelerant or a braking mechanism to property prices, and in doing so, we’ll identify some curious bank behaviour that could be setting us up for the (eventual) property price crash we have to have if younger generations ever hope to own a home. 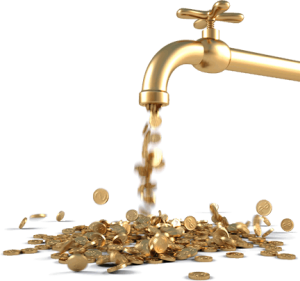 Let’s start our discussion with a quick chat about liquidity.

Liquidity is a measure of the availability of (or access to) cash. An increasingly liquid finance market means that it is getting easier to borrow money. With easier access to more finance, borrowers can afford to pay more for assets, and this leads to upwards pressure on house prices.

A tightening, or increasingly illiquid, finance market means it is becoming harder to borrow money, and this tends to put downwards pressure on property prices.

One of the reasons why property prices have been able to increase rather rapidly over the past decade or so has been the invention and re-invention of practices and products that have facilitated more liquidity in the finance market.

It all started with the de-regulation of banks in the 1980’s, and with it the demise of the rigid lending practices that your parents and grandparents grew up with. Things like needing a good reputation and savings history to open a bank account, and that if you got a home loan it was for 50 – 70% of the property’s value, and it had principal and interest repayments that you chipped away at to repay the loan over 25 years. De-regulation gradually did away with much of this, and redefined the ‘standard’ loan to be one with more flexibility and choices. 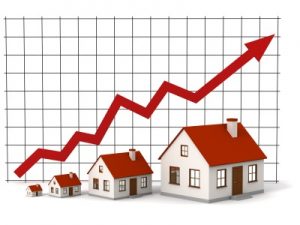 Non-bank lenders like Aussie Home Loans, RAMS and the like sprang up like magic mushrooms, and with it creative finance propositions were born – like the invention of low-doc loans where you didn’t have to prove your income, but rather made a declaration that it was so. Such loans opened up borrowing avenues for people in small business and with diminished credit worthiness to access finance (and buy assets) that they would not previously have qualified for under the old regime. More Borrowers + More Debt = Higher House Prices

Liquidity is like salt – a little brings out the flavour, but too much spoils the food. That is, a certain level of liquidity (i.e. access to debt) is needed for the property market to function normally, because real estate is not a commodity most people can buy without using debt. However, too much debt, or debt that is too easy to access, can cause an asset price bubble, which are fun while they last, but horrible when they pop because they can lead to nasty recessions, and even depressions.

Runaway liquidity was the reason why suit-wearing regulators in glass office towers became concerned that access to credit was getting a little too loose. In response, consumer credit laws were tightened, and this caused (for a time) the brakes to be applied to liquidity. House prices stalled.

However, humans are a resourceful lot, and with low-doc loans now out of favour, interest-only loans became as popular as a kid giving out free candy at lunchtime because it allowed borrowers – and chiefly investors – to be able to afford to borrow more (because there is no principal repayment), and this in turn allowed property prices to drift even higher.

Investor speculation was also becoming problematic. Home owners make better borrowers because they are thought to be ‘stickier’ with their finance commitments (because they own their home and hence have a physical and emotional connection to it). Investors however, particularly those who are speculating and are steadfastly borrowing imprudent amounts (i.e. > 80% LVR), have a tendency to go belly up when markets wobble, and if investors become insolvent en masse, then that could disseminate a whiff of panic and trigger a sale stampede, which in turn could cause property prices to be trampled. 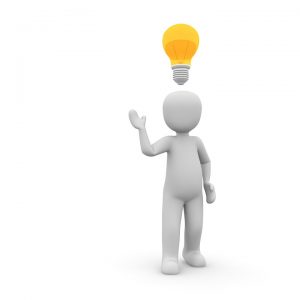 Which brings us to where we are today…

It’s no wonder property prices are increasing: borrowers are frothing at the mouth to get access to cheap and easy finance, and are using it to speculate on property. Bubble bath, anyone?

Standing in the way of all-out capitalism is the RBA and another government authority: the Australian Prudential Regulation Authority (APRA).

The RBA, hamstrung by low inflation and a hiccupping non-housing economy, can’t do much except jawbone enthusiastically to warn property investors not to get too drunk on cheap finance for fear of the debt hangover that will surely happen when interest rates eventually start to rise.

APRA on the other hand has been more effective. By pulling and pushing the levers and buttons they have at their disposal to regulate bank lending practices, they’ve put the brakes on loans to investors (by limiting the amount of a lender’s loan book that can be allocated to loans for investment purposes), and by curbing the quantum and quantity of interest-only loans (by limiting the amount of debt a lender can provide on interest-only terms).

And then we have the banks… those ethical bastions of corporate and social responsibility that have so generously (conveniently?) done the RBA’s work for them –putting the brakes on liquidity by increasing the interest rates they charge on interest-only loans, and on loans to investors, while at the same time calling a competition war on loans to owner-occupiers.

An interesting point to note here is that investors should target a financier who is not covered by APRA’s regulatory regime as they should be able to get a better interest rate, and better loan terms. That’s why we recommend you connect with the guys we’ve partnered with via www.PropertyInvestingFinance.com 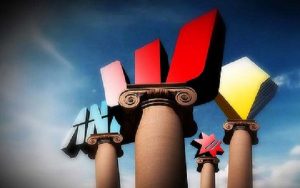 Aside from propping up bank profits (where it seems there is no ceiling on greed under the guise of “value to shareholders”), having the banks apply the brakes on liquidity (on the RBA and APRA’s behalf) is likely to have serious consequences once the RBA does start to increase its cash rate.

This is because the margin between the cash rate and the home loan rate, which used to be approximately 100 basis points, is now 380 basis points. This margin has gradually crept up under the auspices of more expensive capital (during the GFC, now long gone!), the importance of banks being profitable (Oh please! How much is enough?), and helping us by making loans more expensive for investors to prevent a possible property crash (thanks – not!).

Here’s the question… do you see the banks allowing that inflated margin over the RBA’s cash rate to diminish in the future? I don’t, which is why I think the so-called convenience of today will come back as the curse of tomorrow, when inflation is a problem but property prices are soft – the exact opposite of today. Such a scenario could be the perfect storm that triggers a property price crash and a redistribution of wealth from the property-haves to the property have-nots.

So, What Can We Learn From This? 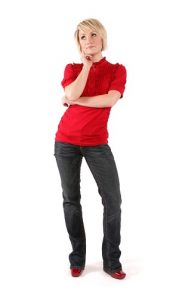 Wrapping up our discussion, here are the takeaways: