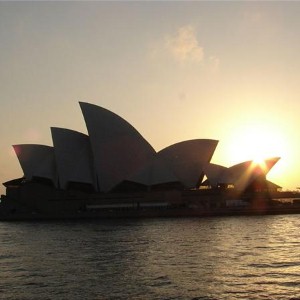 While vacancy rates in Sydney have relaxed in recent months, this is expected to be a short-lived change due mainly to seasonal fluctuations, according to the president of the Real Estate Institute of New South Wales (REINSW).

New figures published today (February 15) by the body indicate that vacancy rates in Sydney have softened slightly between December and January and currently stand at 1.8 per cent for the outer suburbs, 2.1 per cent for the middle suburbs and 1.7 per cent for the inner suburbs – which were defined as being located within ten kilometres from the CBD.

However, Sydney property investors may be heartened to know that Christian Payne of the REINSW anticipates that the market is likely to tighten up as summer draws to a close.

Payne said: “January and February are traditionally peak periods for change in the rental market across NSW as school leavers, university students and families changing jobs or schools settle into new properties.”

He added: “Those looking to join the rental market or move properties from March onwards will find that availability could deteriorate sharply.”

Tighter availability can lead to higher rental yields for property investors – and with vacancy rates of less than two per cent also recorded in other areas of NSW, including Newcastle, the Hunter Valley, Wollongong and the mid-north coast, these locations may be worth considering.

Earlier this week, the REINSW pointed to tighter vacancy rates as “welcome news for investors”, noting that this trend was also observed in the Reserve Bank of Australia’s February statement on monetary policy.

At the same time, the City of Sydney is doing more to improve the quality of life for residents right across the NSW capital, which could further boost the city’s appeal to prospective tenants.

The recently-opened Bourke Street cycleway, as well as new community gardens popping up in Surry Hills, have been planned with residents in mind and are intended to boost the lifestyles of Sydneysiders.