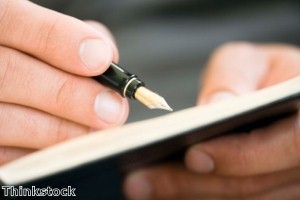 Victoria experienced a rise in planning permit activity in 2010-11, showing continued confidence in the region’s economy.

Permit decisions granted during the year totalled $23.2 billion, which marks a rise of 29.4 per cent on the previous 12-month period.

Planning minister Matthew Guy suggested that with strong data such as this being released in Victoria, it is possible that more people will be keen to invest in property in the state.

“The report shows a general increase in most planning activity categories with the number of permit applications increasing by 2.5 per cent together with a substantial increase in potential investment,” he commented.

Mr Guy stressed that with such a challenging global environment, it is essential that an efficient and responsive planning and development sector is in place.

Figures show a total of 57,280 applications were lodged during the year, while applications where a public notice is required increased by 9.8 per cent.

In addition, 32 per cent of the requests for planning permission were forwarded to a referral authority and 40 per cent were asked to provide further information.

The Planning Permit Activity Report 2010-11 has been published since 2003 and is joint effort between the Municipal Association of Victoria and the Department of Planning and Community Development.

Victoria currently has a number of projects in the pipeline, including plans to expand high-density living in Melbourne’s CBD.

The development will be focused on Fishermans Bend and E-Gate to the west, St Kilda Road in the south and Melbourne University in the north of the city.

Residents of Melbourne are being asked for their views on where the housing should be located, especially as many of them are concerned about high-rise buildings being erected in quiet suburban areas.

However, planners in the city hope to alleviate some of the pressure on Melbourne’s existing suburbs.