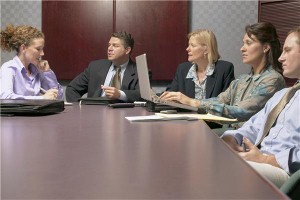 The Territory government has revealed details of its ten-year development plan, which it hopes will encourage long-term development and expansion in the state.

Minister for lands and planning Gerry McCarthy unveiled three initiatives that he hopes will give property investors the incentive they need to buy property in the area.

He noted that a period of considerable economic and population growth is being seen in the Northern Territory, which has emerged after record levels of investment in government infrastructure.

Over the past 11 years alone, $9 billion has been spent on land release, transport, hospitals and community facilities throughout the state.

The strategies of the development plan have identified a variety of targets that will help increase both national and international access to remote and regional areas.

As a result, it is expected that industry engagement will be strengthened, especially when putting together capital works programs and plans for repairs and maintenance.

“Major projects including the Ichthys LNG Project, the Marine Supply Base and the Darwin Corrections Precinct will generate thousands of new jobs, creating significant opportunities for local business and attracting more people to the Territory,” explained Mr McCarthy.

“The carefully developed ten-year Infrastructure, Roads and Transport strategies will maintain the momentum needed to ensure we meet the needs of the Territory,” added Mr O’Brien.

Latest figures from ANZ Bank showed that newspaper job advertisements in the Northern Territory increased 9.1 per cent in the year to January, reflecting the strength of the regional economy.

It was the only state besides Queensland to have recorded an annual rise in ads, as the nationwide figures showed a decline of 11.5 per cent.

With more job opportunities and plans to improve infrastructure in the pipeline, property investors will no doubt find there is considerable demand for their purchases.

At a time of uncertainty, people are willing to move to areas where they know they can secure a decent job.