What Does the New Levy on Big Banks Really Mean? 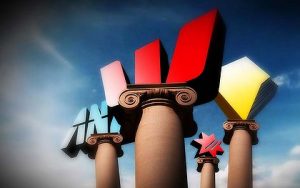 As part of the latest federal government budget, banks with liabilities of more than $100 billion must pay a new levy of 0.06% against their funding sources. The affected institutions are ANZ, Westpac, National Australia Bank, Commonwealth Bank and Macquarie Group.

For the most part, only corporate bonds and other forms of institutional loans will attract the levy. However, banks view some customer deposits as liabilities on their bank balance sheets. That means the change will also impact some of these accounts as well.

The proposal includes an exemption for deposits of individuals, businesses and other entities protected by the Financial Claims Scheme (FCS). These are deposits of up to $250,000 per account-holder per institution. This will exempt most personal deposits, but there will still be a significant number of people whose savings will not be exempt when they introduce the new levy on July 1, 2017.

How Will This New Charge Affect Customers and Is It Fair? 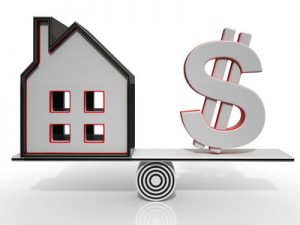 This new levy is expected to raise around $1.5 billion per annum for the federal government. In concert with the announcement came the expected bleating by politicians. Treasurer Scott Morrison said the big banks are sufficiently profitable, so they should just absorb the cost. He added, “Asking the banks, I think reasonably and fairly, to contribute to the work of budget repair is consistent with liabilities around the world.”

The fact is, the levy is an added expense for the institutions that are affected. The only way it would not be passed on is if those institutions decided they were prepared to accept a lower profit margin. This is not going to happen. The immediate effect of the news about the proposed changes on the share prices of these companies was a hit by close to $14 billion on their combined market capitalization. That was just on one day. It’s only a precursor to what would happen if they downgraded their profit margins moving forward.

So, What Will Happen?

The simplest response from the banks would be to reduce interest rates on funds that attract the charge, but this is unlikely. Banks will be reticent to slug large depositors with the bill because they are highly attractive customers. The most likely scenario is to spread the cost amongst deposit holders by lowering deposit rates.

What about mortgage borrowing costs? You can bet the levy will inevitably affect future interest rate decisions on the lending side, as well.

You, the Customer Will Pay for It! 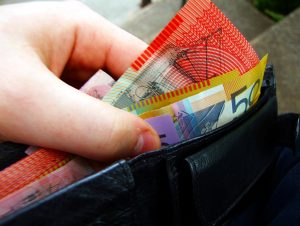 The question around fairness is quite a bit more complex. The big banks receive a virtual taxpayer subsidy because their borrowing costs are lowered by 0.17% annually. This is because rating agencies lift their credit ratings two notches having deemed them to be “too-big-to-fail”. In other words, if they get into trouble, the government – really, the taxpayers – will bail them out.

Without this support, the four AA- rated major banks could end up with a much lower A rating. Macquarie would likely fall from an A to BBB+ rating, putting it in line with Members Equity Bank, but below Bank of Queensland and Bendigo.

After factoring in the Government backstop, the 0.06% levy claws back just 35 percent of the competitive advantage that being “too big to fail” affords them.

It is also important to note that the Senate’s inability to approve $13 billion of zombie savings (spending cuts that don’t have any hope of winning parliamentary approval) was threatening the Australian Government’s AAA rating. The loss of the AAA rating could really hurt the banks, lowering the credit ratings of the four major banks from AA- to A+. Reports say this would most likely lead to an increase in funding costs of about 0.10 percent annually, which is more than the cost of the levy.

There is a legitimate argument whether the government should intervene in the financial sector at all, or at least to the extent that it does currently. But this is not material in terms of whether the current proposal is fair or not. It is patently fair that businesses who enjoy a definitive competitive advantage because of support from the federal government should contribute to its financial stability.

What Does This Mean for You?

It doesn’t mean a lot for you because the financial system is made up of many different types of institutions. Every time the government imposes a new legislation on the sector, it affects each lender differently. This is why it is important to continually review the institution you do business with. Make sure you are not costing yourself money needlessly.

If you would like an expert to look over your options with you, please fill out the form at PropertyInvestingFinance.com or email me directly.

Alistair and his brother built one of Australia’s leading providers of finance advice and brokerage services to Australian businesses and investors. After selling his stake in early 2015, Alistair took some time away from the industry to spend more time with his young family.He has now partnered with PropertyInvesting.com to provide for the unique finance needs of property investors. Property Investing Finance currently offers its own unique loan product, the Smart Finance loan, which offers one of the lowest rates in the industry. You can email Alistair or contact him at the PropertyInvesting.com office on 03 8892 3800.