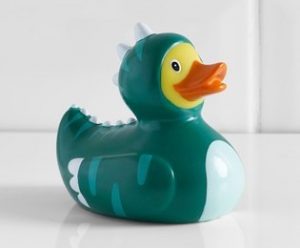 Have you ever played the game where you look up at the clouds and make out animals or shapes based on what you see? One person might see a dinosaur, whereas someone else might see a duck; it’s the same cloud, just a different ‘read’ of what it means.

Interpretation of data can be much the same game. On the ABC’s Insiders program on the weekend, the host and his guest (a politician) each argued that the summation of the facts they were quoting, which was at complete odds with the other, was right, and that the other person was completely and factually incorrect. An independent review of the facts later on proved they were both right, and both wrong! It was a duck, and a dinosaur!

The same mixed reading is also present in the latest real estate and housing data. Now that the Autumn sales period is underway, there is certainly more transaction volume, and this ought to mean that the trend should be easier to identify. However the number of properties actually being listed for auction is well down on the same period last year (with major auction markets Sydney down 27% and Melbourne 31% lower). 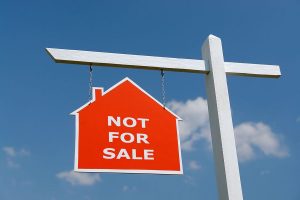 Fewer properties being put up for sale is also confirmed with RealEstate.com.au noting that its listings dropped 3%, and they flagged possible further declines as buyers hold off until after the election. If Labor win, as seems likely, there will be a period of substantial uncertainty as lobbyists jockey to be heard while new policies are formed. Typically, when people don’t know what to do, they do nothing.

CoreLogic’s read of the property market for February revealed a decline of 0.7% in national dwelling values, with all capital cities falling except Adelaide (no change) and Hobart (up). Sydney is now down more than 10% for the year to February – the first time that has happened in 30 years. Melbourne is not far behind.

It’s not all doom and gloom though. Initial auction clearance data from last weekend showed ‘green shoots of growth’ in Sydney’s property market with a preliminary auction clearance rate of 61.3%. Melbourne was still soft at 54.9%, but recovering from being stuck in the 40%’s. Add to that strong jobs growth, projections of population growth, along with a natural ‘correction’ to housing supply causing approvals number to throttle back, and perhaps the claims of a pending crash is nothing more than alarmist rubbish. 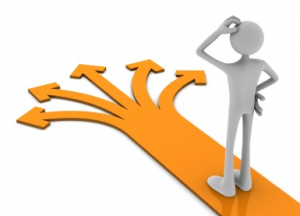 Still, how do we invest with confidence and clarity in times when there is such uncertainty?

I think the story of how pilots fly at night or through fog, when visibility is low, provides a great illustration. At such times pilots have to rely on their instruments rather than their intuition.

In other words, investors would be wise to lean on the investing ‘optics’ – the financial parameters – of the investment rather than second-guessing their intuition about timing. If it’s a good deal because the income stacks up, or you feel the growth story over the medium to long term makes the risk worthwhile, then go ahead and buy with conviction. Why? Because eventually this current market malaise will pass, and if I know anything about real estate it’s this: when the market does turn, tomorrow’s investors will wish they had bought more at today’s prices, and at today’s low interest rates.

A Steveism to remember is the antidote to risk is skill. Risk has surely risen with all of the conflicting data and current market uncertainty, so to offset this heightened risk, the amount of skill you need to succeed must also increase.

In summary, now is not the time to close your eyes and guess that we’re at or near the bottom, and thus go buying in hope the prices will recover. However, it is the time to invest in being able to read and interpret what your investing instruments are telling you about the deals and opportunities you ought to be enquiring about. After all, you can’t buy a great deal you’re not looking for, and, as my property mentor, Stu Silver says, if you’re not making offers, you’re not making money.