A Budget With A Few Nasty Jabs 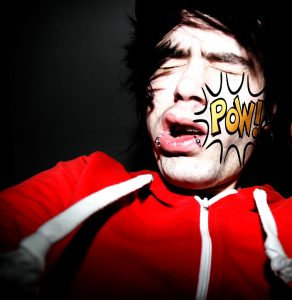 It doesn’t matter if you’re the treasurer of the local footy club, or the Australian government. The moment you stand up and start talking numbers, people are already wondering how long until the tea and biscuits will be served.

That’s why budget night is as much about political theatre as it is about finances. Paul Keating was a master at it – probably the best ever – because he managed to make it entertaining; almost a blood sport.

Scott Morrison is no Paul Keating, and this budget isn’t controversial nor contentious. There aren’t any ‘knock-out’ blows (like a new Fringe Benefits Tax or Capital Gains Tax). If anything it is fiscally ordinary but politically savvy as it seems to undermine Labor’s traditional catchcry that the Liberal Party looks after rich folks at the expense of the working class. Chance of an early election anyone?

Side-stepping discussion about whether the assumptions in the budget about growth, employment, etc. are valid, here are six ways the budget will affect property investors:

Despite all the huff and puff, negative gearing and the 50% capital gains tax exemption escaped unharmed.

Your ability to claim a tax deduction to travel to visit your investment property has gone the way of the dinosaurs. This will hurt those with interstate or overseas investment property the most, as now they have to fund the airfare, accommodation, etc. out of after-tax dollars. This may mean less travel to visit properties, and some downside effects to tourism as well. For instance, Gold Coast apartments have been regularly sold on the promise of getting a tax deductible trip to visit your investment, and while in town, you can pop into the theme parks for some fun.

Expect home loan interest rates to rise because the banks will be slugged with a new levy, and there is no way they are going to take a hit to their bottom line and just absorb it. Based on past form, homeowners will be hit a little, but property investors will shoulder the majority of the burden. This will be dressed up as the banks doing their bit to prevent the property market from overheating. My guess is up to a 15 basis point interest rate increase for homeowners, and up to a 30 basis point increase for investors. If you’re thinking about fixing your interest rate then you might like to act sooner rather than later.

Developers can’t sell more than 50% of their stock to foreign buyers. This is unlikely to hurt a ‘mum and dad’ suburban developer, but it will impact those who build apartment blocks around town. I’m scratching my head about the timing of this given the forecast already in place about the glut of apartments coming online in Melbourne, Sydney and Brissie. Surely this will make the outcome worse, not better. Now might be a good time to think about selling any underperforming unit or apartment you own before developers start discounting their prices to move their stock.

Foreign investors can’t vote, so they’re an easy target for the government to tap for some extra revenue. Foreign homeowners access to the principal place of residence CGT exemption is being phased out, plus they will have to pay a new annual levy if they leave their property vacant for more than six months each year. Of course, these adverse changes are on top of various State governments’ plans to ramp up stamp duty on foreign buyers. If we’re not careful, the foreign golden goose might get frightened off!

One of the big ticket announcements was a new scheme to incentivise and reward first home buyers for saving. While it was touted as a great way to ease the affordability burden, it won’t really do much as even a small increase in property prices and/or inflation will wipe out the entire benefit, and then some. For instance, in the example provided in the budget, Michelle, who earns $60,000 per annum would be $6,240 better off after three years than she would be without the scheme. But wait – over three years, here is all that property prices need to rise to totally wipe out that benefit: Sydney 0.72%; Melbourne 0.96%; Canberra 1%; Brisbane 1.3%; Perth 1.3%; Hobart 1.7%. As I said, while it makes for a good headline, there isn’t much substance to it.

There were some other measures announced, such as an incentive for those aged over 65 who want to downsize, and changes to the depreciation of plant and equipment, but the big ticket items that affect property investors have been mentioned above.

So, what do you think of the budget? Was it good, bad or something in between? What should have been there, but wasn’t – or vice versa?