The Aussie Dream – So Far Out of Reach 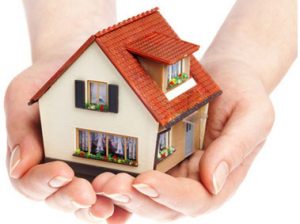 The issue of housing affordability, both house prices and rents, is attracting a lot of media attention right now. There’s little sign house prices in Australia’s biggest cities will slow down anytime soon. A survey by the Australian Bureau of Statistics (ABS) reveals that in 1982, only 168,000, or 10 percent of home buyers spent more than 30 percent of their gross household income on housing costs. By 2011, that number had risen to 640,000, or the equivalent to 21 percent of homebuyers.

As house prices continue to rise, do you think this percentage has also increased since the last survey?

Of course, it has. Therefore, it is not surprising to see why young, first-time homebuyers are finding it increasingly difficult to purchase a home. According to the ABS, the rate of home ownership in the 25-to-34-year-old age group has slumped from 56 percent in 1982, to only 34 percent in 2011. That means that two out of three people in that age bracket can no longer afford to buy a home.

Although the stalled passage to home ownership is one factor, it turns out that this housing slump has set in across all demographics, with the exception of people of the post-retirement age. The reality is, home ownership is becoming increasingly unaffordable for nearly all Australians.

Why is the Aussie Dream Now So Far Out of Reach, and What Does it Mean for Investors?

This is a complex question to answer.

The most commonly offered response is that a shortage of supply has existed while demand has been rising. This was brought on by a combination of an increasing population, and the time it takes developers to obtain permits and construct new housing.

But the problem is deeper than this. Constant inflation and the various tax advantages afforded property owners means there has been a transfer of wealth to those who own real estate over a long period of time. Low interest rates during recent years have accelerated this flow of wealth, with borrowers gaining the advantage – all at the expense of savers.

So what does all of this mean for investors?

In simplest terms, it means there has been upward pressure on real estate prices and rents, with little appearing on the horizon to reverse this trend. If nothing changes, property investors will continue to build wealth simply by owning property, but beware. Investors should not become complacent, as things always change eventually.

What Dangers Now Lurk in the Market? 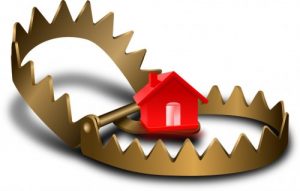 The most significant potential risk to the property sector is a sharp rise in interest rates. This is exactly what set off the global financial crisis (GFC) of 2007 in the United States when they reset the low teaser rates on adjustable-rate mortgages, bursting the housing bubble.

Low interest rates make owning property far easier, which promotes investment and speculation, pushing prices higher than they would be in a more normal interest rate environment. A sharp increase would invariably lead to an increase in voluntary and forced sales, while at the same time reducing the number of potential buyers. This is the formula for a sharp correction.

Neither the Federal Government nor the Reserve Bank would like to see a sharp fall in property prices. The effect of the GFC on the US, and to an even greater extent, in countries like Greece, are recent examples of the potential fallout from such an occurrence.

However, it would be silly to think the government will sit back and watch property prices run every higher. They have already taken significant action in terms of forcing lenders to adopt stricter lending policies. They have also made money more expensive to these entities by requiring them to increase provisions against bad debts. It is almost certain there will be more of these and other policies to come, all aimed squarely at house prices.

Let’s not forget what our Treasurer, Scott Morrison, recently said, “Improving housing affordability is a key policy goal for the Australian Government.”

How Canberra May Ruin the Party 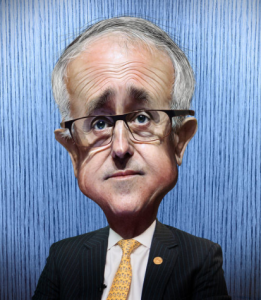 The most recent idea that has come out of Canberra is the potential for setting up something similar to the Housing Finance Corporation (HFC), an independent body in the United Kingdom. By issuing bonds to private investors, the HFC provides low-interest home loans to regulated housing associations. The idea is being aggressively lobbied for by special interest groups, and it seems likely we may soon see something similar set up by our government.

In the UK, the HFC raises money from the private sector by issuing bonds backed by a government guarantee. It then uses these funds to make low-rate loans to developers constructing affordable housing. The idea is that reduced costs for developers would lead to reduced prices and rents for pensioners and workers on low incomes, thus providing affordable housing in areas normally out of their price range, allowing them to live near the schools, hospitals, and shops where they work.

Would something like this work in Australia? Who knows. It didn’t stop a property bubble from forming in the UK pre-GFC, and the US went down a similar road with Fannie Mae and Freddie Mac. It achieved what it set out to do by increasing home ownership rates, but with major negative repercussions that far outweighed the positive benefits these organizations provided.

Investing in property does not come without risk, both on the upside and the downside. History has shown it to be one of the most effective ways of creating wealth, and none of the factors that have driven this growth has changed. However, it is important to note there remain significant risks of a correction and it is crucial to be prepared for such a circumstance, not just because it is a negative risk, but because any pull back would also provide significant opportunities.

To discuss your current situation and how you might best save money now and prepare for an uncertain future, please click here to provide your details, or email me directly.

Alistair and his brother built one of Australia’s leading providers of finance advice and brokerage services to Australian businesses and investors. After selling his stake in early 2015, Alistair took some time away from the industry to spend more time with his young family.He has now partnered with PropertyInvesting.com to provide for the unique finance needs of property investors. Property Investing Finance currently offers its own unique loan product, the Smart Finance loan, which offers one of the lowest rates in the industry. You can email Alistair or contact him at the PropertyInvesting.com office on 03 8892 3800.