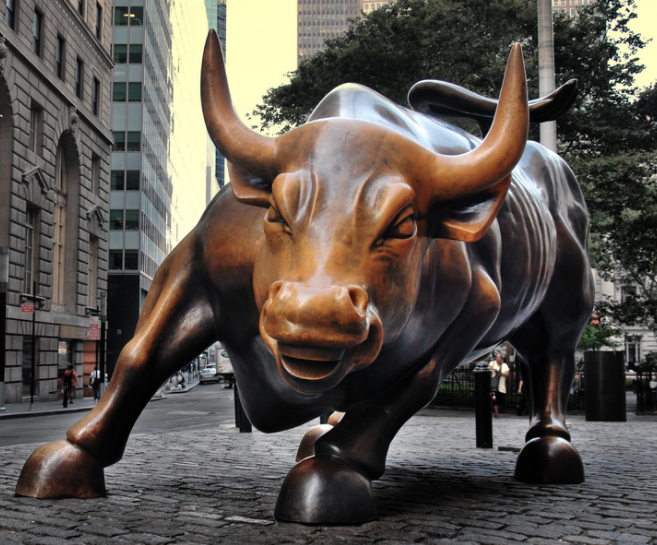 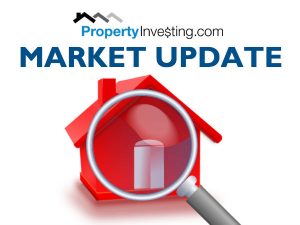 Auction volume was considerably lower this week, with 1,751 properties auctioned and preliminary reports showing 70.7 percent of them cleared successfully. Last week’s final clearance rate was 67.3 percent on auction volume of 2,001.

Over the same weekend last year, vendors brought 1,399 home for sale at auction, with 70.6 percent finding a winning bidder. Melbourne was the one city that appears to have seen stronger demand this week. Supply fell to 812 auctions, and the preliminary clearance rate was 73.9 percent, which was two percentage points higher than last week’s preliminary result. Last week, the final reporting showed that 70.8 percent of 874 auctions cleared successfully. Last year, supply was lower, but the clearance rate was similar; vendors brought 619 homes to auction and 71.8 percent found a winning bidder.

Sydney sellers offered up 650 homes at auction this week with a preliminary clearance rate of 72.5 percent. This was similar to last week’s preliminary result, so expect the true figure to look more like last week’s final result, which was 68.0 percent on volume of 840 auctions. If that plays out as expected, it would mean a fifth straight week of clearance rates in the 60s. One year ago, Sydney was host to 512 auctions with 76.5 percent being successful.

Of the other capital cities, only Canberra and Tasmania managed to clear above 60 percent.

Both Melbourne and Canberra managed to post clearance rates above 70 percent last week. As is typical for Sydney, the difference between the preliminary result and the final clearance rate was nearly five percentage points, falling from 72.6 percent to 68.0 percent.

As usual, the sub-regions closer to the CBD of Sydney were most successful. In Melbourne, the Northern and Outer East suburbs, together with Mornington Peninsula, performed the best.

Here are the results for the Sydney and Melbourne sub-regions, plus a few key regional areas:

The median house price in Sydney and Melbourne charged higher yet again this week. Over the past seven days, Sydney home prices increased 0.57 percent, and Melbourne is up a whopping 1.30 percent.

Since their previous price peaks in April before the market took a breather, Sydney and Melbourne’s home prices have surged 1.09 percent and 2.43 percent respectively.

One interesting point from the data displayed below is Adelaide’s recent move downward. It’s the only capital city in the red for the quarter. 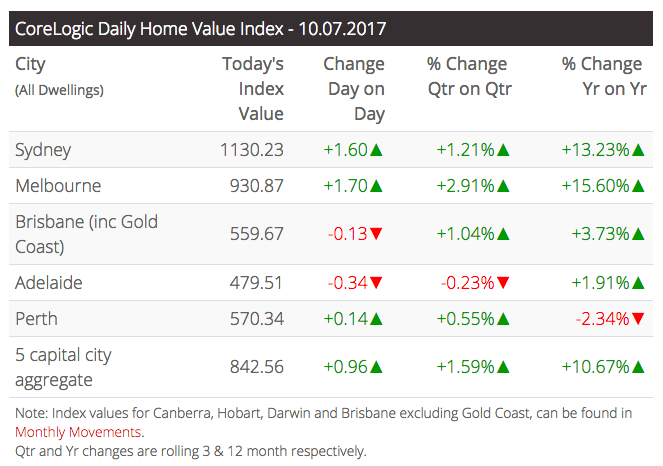 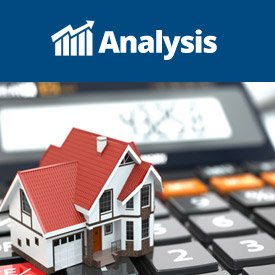 Melbourne is clearly the city where demand is strongest, likely because prices are not as high as in Sydney, so more people can still afford to buy. This brings up the point that demand will continue to wane the further prices rise relative to incomes. Eventually, unless wages rise, demand even in Melbourne will fall to the point where prices at least stop rising.

Higher borrowing costs for investors will also be hitting the Sydney market harder as homes are most expensive there and harder to service. Borrowing costs will play an important role moving forward. If interest rates fall, especially for owner-occupiers, more people will be able to afford homes and more demand will be pulled forward from the future.

Expect supply to fall again next week as about 250 fewer auctions are scheduled. 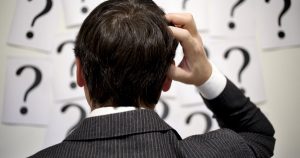 As reported last week, APRA will soon be tightening the screws further on banks to comply with the stricter standards by the IMF. Property investors will be the easy target by banks to recoup some of their lost profit, which will likely mean more rate hikes.

Owner-occupiers shouldn’t necessarily expect borrowing costs to rise, and they may even catch a break from the RBA if it chooses to cut the cash rate again in the coming months. That said, there’s no guarantee the banks will pass on any of their savings to customers. I’m not so sure the RBA really wants them to either. They will prefer to direct cheap credit away from the housing market toward businesses.

Property bears trying to call the top of the market will also be quick to point out the latest round of building approvals data that came out at the beginning of the month. Approvals for new homes fell for the second time in the past three months, which indicates the property market could be cooling off. 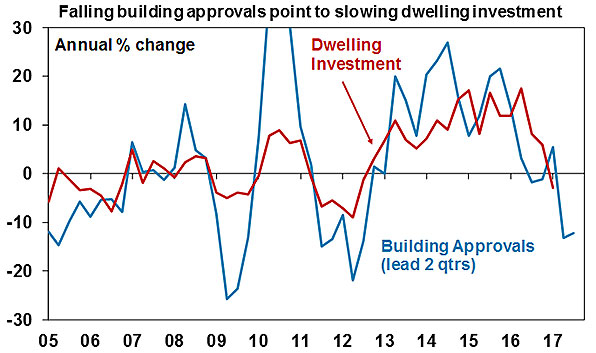 It would seem it’s mostly up to owner-occupiers now to keep the housing boom alive. Whether they can keep driving prices higher throughout winter I’ll leave for you to speculate on.

What do you think? Does this current run higher in Sydney and Melbourne have legs, or will higher prices finally cause supply to outstrip demand?