3 Secrets That Only the Debt Free Know Have you ever noticed that socioeconomic status is often generational? As children grow up in a particular environment, they inherit mindsets, character traits and habits that shape their future. I would venture to guess that the mindset of your parents in relation to money has had a significant impact, for better or for worse, on your own wealth creation journey.

If your parents did well managing their money – if they worked hard and consistently spent less than they earned – then it’s most likely you picked up some helpful habits from them along the way.

If on the other hand, your parents were habitual borrowers or they never saved and invested, then you’ve probably had to work very hard to overcome some challenges in your own financial management practices.

What do you think will happen if you don’t change the poor money management habits that you’ve inherited and provide a better example for your kids?

I’ve had to work very hard to break this cycle in my family line.

By the time I graduated from university, I was over $20,000 in debt. Not only did I have student loans, but I fell for the “apply for a credit card and get a free t-shirt scam,” and ended up maxing out three or four credit cards in as many years.

At the time, I thought it was worth it. I was sure I looked cool on dates flashing the plastic. Even better, it made the nights out at the pub very forgettable – literally. But after a few years of slavery to monthly minimum payments, my painful reality set in.

If you’re in debt, you can break free. Although the process is simple to understand, it’s not easy to practice. The first step is to work on your mindset, and then to focus on your habits. In Part 1, I’ll share three crucial perspectives that will help you break the cycle of debt. Next week, I’ll share with you a very practical seven-step process to break the debt cycle for good.

So what are the three secrets that only the debt free know?

Secret Number One: There’s Only Bad Debt and Worse Debt 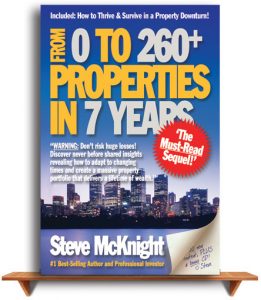 Have you ever heard it said that there is good debt and bad debt? I don’t believe that’s true. There is only bad debt and worse debt.

“In my mind, all debt is bad. The only question open to debate is exactly how nasty each particular debt might be.”

Of course, when people refer to “good debt”, they’re talking about investment debt.

Bad Debt: Getting Burnt by the Investment Fire

While investment debt can be a useful companion, just like a wounded dog, it can turn on you if you get too cozy in difficult times. Investment debt is a loan to purchase an asset that has historically appreciated in value and is often repaid by the income produced by the asset. The debt against a rental property is an example of investment debt. Homes have traditionally gone up in value, and the rental income repays the mortgage.

We could say that investment debt is like fire. A little of it in its place is helpful, but too much can get out of control and bring destruction. Fire is dangerous and should be revered. This is why we don’t let kids play with fire. In the same way, those who don’t understand the dangers of investment debt should not be allowed to use it. 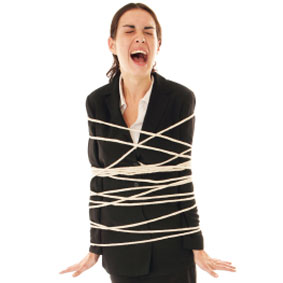 Unfortunately, most kids need to get burned at least once before they really appreciate the dangers of fire. In the same way, those who will typically manage risk most cautiously are those who’ve experienced some pain using investment debt.

As a coach in Steve’s Property Apprenticeship course, I speak to a lot of investors. I remember coaching one investor who bought two rental properties in a Queensland mining town.

He was kicking some serious goals for about a year, earning a gross yield of over 10 percent.

But then things changed in the mining industry. The value of property dropped significantly, as did the rental market. Within months, he found himself upside down by about $200,000 on his mortgage.

I felt really bad for him, but all I could do was let him cry on my shoulder. I can assure you that this immensely painful situation gave him a new view on the dangers of investment debt.

So if investment debt is bad, what is worse?

Consumer debt is our enemy and should ALWAYS be avoided. Consumer debt is borrowings to purchase either an item that is immediately used up or an asset that has historically depreciated in value and produces no income. All consumer must therefore be repayed from future earnings.

If investment debt is like fire, consumer debt is like white ants. It has no value and it will eat up your wealth-creation house. 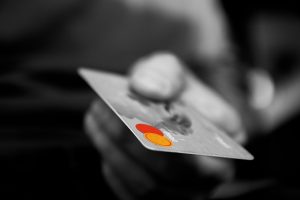 Here are a few common examples of consumer debt you may have:

So, why is consumer debt so destructive? Here are the two main reasons:

1. Consumer Debt Robs Us Of Our Wealth-Creation Potential.
One financial management guru in the States, Dave Ramsey, says this, “If you insist on driving new cars with payments your whole life, you will literally blow a life’s fortune on them.”

Rather than having a car payment your whole life, what if you instead drove a car that you could pay cash for? If you could redirect a measly $500 car payment per month toward an investment that earned on average eight percent per year, after 40 years, your diligent monthly payment to yourself would have grown to $1,757,641. 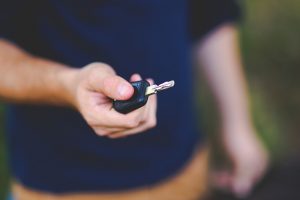 How would that work for retirement? Head on over to this compound interest calculator and enter the total value of all your car payments.

According to the authors of The Millionaire Next Door, the average millionaire drives a two-to-three year old car that they paid cash for. Why? Because millionaires get to be millionaires by letting someone else take the hit for the massive depreciation of the first two years.

You might say, “Yea, but they can afford to pay cash for their cars because they are millionaires.” No, that’s actually how they became millionaires. They had a mindset that empowered them to invest, rather than spend.

Steve McKnight summarises the issue well: “The average Australian is programmed to fail at long-term wealth creation because they’re inclined to spend more than they earn. Doing things differently is not just an option, it’s a total necessity.”

Here’s the second reason consumer debt is our enemy.

2. It Enslaves Us To The Lender And Chains Us To Our Jobs. 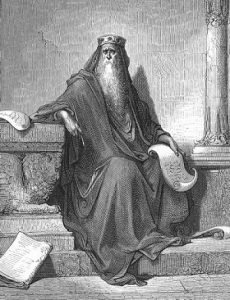 Thousands of years ago, one of the richest men to ever live, King Solomon of Israel, a man who was said to have a net worth of over $1 trillion in today’s currency, wrote this proverb, “The rich rules over the poor, and the borrower is the slave of the lender.”

As long as you have payments, you will always need to trade your time for money. The ultimate goal of all wealth creation is time freedom – ideally when you’re still healthy enough to enjoy retirement, but at the very least, when your body begins to break down, and you’re time and skills are no longer marketable.

Secret Number Two: Giving In To Debt Enslaves Us

So, how do we enslave ourselves with debt? And, more importantly, why? Here are the top reasons we end up in consumer hot water:

We must come to the point when what people think is not an important motivator. Reaching our goal should be the motivator. It’s the long-term vision for the future that empowers us not to care about keeping up with the neighbours.

Secret Number Three: Freedom From Debt Requires a Change in Character and Habits.

Stephen Covey, in his popular book, The 7 Habits of Highly Effective People, said,

“Sow a thought, reap an action; sow an action, reap a habit; sow a habit, reap a character; sow a character, reap a destiny.” 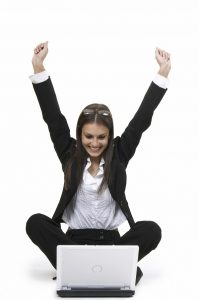 Your destiny, wherever you end up in the future, is determined by your daily habits, which are connected to your character and your mindset. Until a person changes on the inside, they will always be bound by debt.

I mentioned earlier that I graduated from university with over $20,000 in school loans and credit card debt. A few years later, my father passed away and I received enough of an inheritance to become debt free.

But guess what. Within a few years, I was about $20,000 in debt again. Why? Because who I was on the inside hadn’t changed.

Here’s some more wisdom from King Solomon: “An inheritance obtained too early in life is not a blessing in the end.”

We must take responsibilty for our own financial future. We are where we are right now financially because of the sum total of the decisions we’ve made up to this point. That might be a painful thing to admit, but it’s the first step toward making the changes necessary to win.

I’ll give the final word to financial management debt guru Dave Ramsey. He said this, “Over the long term, you get what you deserve, and none of us like it when what we deserve is pain.”

Step one is to work on your mindset. Once you’ve decided that being in debt sucks and that you’re where you are because of your own dumb decisions, you’re ready to move forward and change your habits. Can you feel the love?

Stay tuned for next week. In Part 2, I’ll get really practical, and offer you seven simple steps to breaking the cycle of debt.