(Opinion) Property Taxes Are The Answer 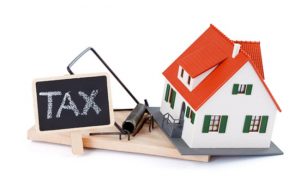 I noticed today that the REIA put out a press release that, in essence, urges the Federal government to forget about negative gearing. They say that if you want to tinker with something, change property taxes.

The notable observation is not the specifics of what was said, but rather that the national body representing real estate agents is calling for change.

In other words, there is industry acceptance that change is coming. Have you reached the same conclusion?

The simple truth is that, as a nation, we are spending more than we are earning and using debt to fund the shortfall. This is not sustainable. Consensus on how to fix it is the problem.

One political side advocates ‘less taxes means more tax’, believing that stimulating business will lead to higher profits and, ultimately, higher taxes. That’s a bit like saying you should lose weight by eating whatever you like.

On the other side you have the ‘increase taxes, especially on the rich’. The problem here is that an orange only has so much juice, and once it is squeezed dry then what do you do? Australia has a welfare system that it can’t afford, and too few people to pay for it.

It seems the best way forward would be to combine a little from both: reform the way property is taxed, and at the same time, wind back the concessions made to capital gains when times were better.

Just about every economist’s opinion I’ve read says that stamp duty is a poorly devised tax. It is paid once, and it makes a property transaction inefficient. The better idea is to roll land tax, and stamp duty, into a new ‘property tax’ that would be levied annually depending on the value of your home (much like a council levies rates).

The problem is that there would be political fall-out, because voters who have paid stamp duty (i.e. everyone who owns a home), and especially recently, would be rightly crying out that they are being double taxed.One solution is to offer a credit for some or all of the stamp duty paid against the property tax levied for a finite amount of time.

In regards to capital gains tax, a 50% concession on the basis that you own an asset for a year is something we simply can’t afford anymore. You could change it to a tiered system, where you get a 5% discount for each year you have owned the asset, up to a maximum of 50%. You could do lots of different things. That said, at the same time as reducing the concession, you have to add indexation back in so that taxpayers are not being taxed on the equivalent of investment “bracket creep”.

Other options include taxing capital gains on the family home above an indexed amount (say $500,000 per property, also indexed), and at the same time allowing a tax deduction for interest paid on the home mortgage to improve affordability. This is probably a step too far though for the navel-gazers in Canberra.

Whatever happens, two things are certain: we can’t afford the current way things are going, and while we wait, the debt we owe is growing bigger and bigger. Change is coming, I hope.

So, what do you think? Would you prefer a new annual property tax, a reduced capital gains tax concession, or perhaps something else? Post your preference here.