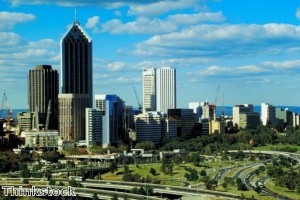 Investing in commercial property seems to be in high demand in the majority of Australian cities, the latest Office Market Report from the Property Council of Australia shows.

The second half of 2011 was when most of the growth took place, as the amount of available space that was absorbed increased nine per cent from the first six months of the year.

At present, the national office vacancy rate is showing office vacancies decline – since it is at its lowest in three years.

Perth and Brisbane were the cities that outperformed expectations, while Sydney proved slightly worse off.

Kevin Stanley, executive director of global research and consulting at CBRE, explained that Sydney has in part been affected by problems in the global economy.

He said that these fears have led companies to be cautious about committing to more office space in Sydney, especially as it has a high proportion of finance and insurance industries.

This could therefore be an ideal time to invest in the city, as demand for space is low, therefore giving a better choice of property.

“With global uncertainty likely to continue through 2012, we don’t expect the Sydney market to expand strongly again in the year ahead,” commented Mr Stanley.

“But we do hold out hope that when the European financial mess is sorted, global confidence will return and Sydney will expand strongly once again.”

Figures show that throughout Australia, office vacancies are declining, as the national office vacancy rate is down from nine per cent in July 2011 to 7.9 per cent in January this year – the lowest level in two years.

This also marks the biggest drop seen since July 2007.

Research from the PricewaterhouseCoopers and the Urban Land Institute reveals that Sydney is the third most favourable market in the Asia Pacific region for investment in commercial property.