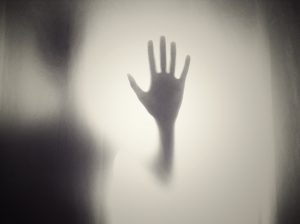 It was like a scary scene from a horror movie, except this was real life. I was in Sydney as part of a national tour, which involved speaking every evening in a different city around Australia about how you can make more money in business.

I had some time before I was due on stage and decided to take a walk. It was just after 5 p.m. I knew it would be busy on the city streets. As I approached the train station at Wynyard I realized ‘busy’ didn’t come close to the mayhem in progress.

I could see two of my promoters busily distributing flyers about that night’s event but that wasn’t what caught my attention. I was reminded of those terrible B-movie, zombie horror flicks from the 1960s. I’d just stumbled into the Dead Zone – only this was real life!

Thousands of tired, disinterested, miserable-looking people filed past me. There was no life in their eyes, no conversation, no gentleness or kindness and certainly no smiles or laughter. Everyone seemed to be operating on autopilot, focused solely on getting to the couch and the remote control as quickly as possible. And this was them leaving work – I dread to think how thrilled they must have looked in the morning!

Wynyard train station is not unique. I could have been standing in any station in any town or city around the world. The Dead Zone is ironically alive and well everywhere from New York to London to Budapest and Singapore. The Dead Zone is where people feel trapped by the circumstances of their life with no hope for a better solution, where wealth and freedom are a lifetime away – nothing more than a figment of Hollywood’s vivid imagination, or a desperate hope that they might win Lotto.

Often when I see it, I feel a wave of genuine empathy. I feel fortunate that I no longer have to work for money. Even when I was working full tilt, I used to average 3 months holiday a year in some of the most exotic locations in the world. How I got there and how YOU get there – well that is the purpose of this article.

After more than a quarter of a century, training tens of thousands of people on three continents, I have uncovered a myth. The myth goes like this: If I want to massively change and achieve my dream life, then I need a moment of inspiration.

It’s a big fat myth. You need pain. A point where you have totally had enough of your life, and your current situation. A point when you feel like screaming, “I can’t stand this anymore and I want …(fill in your dream life).”

The problem is that most people may not like their situation but are willing to put up with it. I believe that after we reach this point of no return, then the inspiration often comes. Trust me I wish it wasn’t this way. But after decades of seeing so many people change, it nearly always comes down to this.

I Call It, THE SNAP POINT. 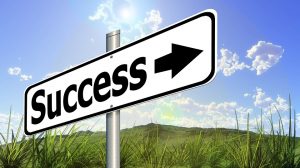 Everybody has a snap point. It’s the point that you reach where something happens in your mind and you say ‘enough is enough’. It can happen in any part of your life and from the thousands of people I’ve met over the years it seems to take an infinite number of forms.

For example, there’s one client I had – who initially came to me when he first started in business. He wasn’t doing well. A few years later at 23 years of age he was making an average profit of $20,000 a month.

Or another client who within 18 months went from zero income to over $300,000 profit a year. His snap point was being sick of working hard, he wanted to work smart.

I wasn’t always successful. If I hadn’t had a snap point, I too might have been confined to the dead zone. I have had several very successful businesses and as I mentioned I no longer have to work for money. However my teachers at school thought I was destined for the scrapheap. For quite a few years after leaving school it must have looked like they were going to be right. Then one day I’d had enough. I didn’t want to waste my time any more. That first snap point was the day my life began to change.

Your dream life … that life that you really want?  It starts with a single decision. It’s a small, committed step into a bigger world.