Do you want to hear one of the dumbest things I’ve ever done with money? It’s a little painful to share, but here goes:

Back in 1999, I was just a few years out of uni. I had graduated with a Bachelor of Finance, and I thought I knew everything there was to know about investing in the American share markets. In hindsight, I can clearly see now I was like the guy who says he knows the rules of Texas Hold’em, but knows nothing about pot odds or probabilities of succes.

As you might recall, the NASDAQ hit record highs in March of 2000. I had my eye on a company called CMGI, an incubator for internet startups. CMGI shares were trading consistently around $100 to $120 per share. Drunk on the dot-com bubbly, some “analysts” were predicting $500 per share by the end of the year. That same month, the NASDAQ declined sharply. With CMGI now trading at $55, I knew I had found a bargain, and it was time to buy.

Like most gamblers – I mean, investors – I wanted leverage. So, I made the only logical choice. I tapped into the $10,000 limit on my credit card. It was time to go all in.

As you can see in the chart to the right, $55 per share did not turn out to be a bargain.

I can still remember my broker calling me to say, “I think it’s time to sell; you’re CMGI shares are now trading at $75.”

This was the brief rebound before the final collapse. With dreamy eyes on $500 per share, I calmly responded, “Let’s let it ride.” I had always wanted to say that.

I was pretty nervous when the shares were trading the next month at $45. I wanted to throw up when they were trading at $2 a year later. Not only did I lose big, but I lost money I couldn’t afford to lose. Like most people who repeatedly fall into consumer debt, greed got the best of me.

Debt is a viscious cycle. As I mentioned last week, I was in debt to the tune of $20,000 just a few months before the CMGI fiasco, and then my father passed away and left me a small inheritance, so I was able to pay off all my debts. Because I was still a slave to the same mindsets that got me into debt in the first place, there I was again, just one year later, a slave again to monthly credit card payments.

American debt freedom guru, Dave Ramsey, says that personal finance is 20 percent head knowledge and 80 percent behavior. We all know what we should be doing, but living it out is another matter altogether. If you’re in debt, you start by changing your mindset, but lasting transformation comes when you walk that new mindset out by setting new habits and patterns of behaviour.

In fact, it was from Dave that I first learned most of the seven practical steps I’m about to share with you now. If you’ll do these seven things consistently, there is only one direction you can go – that’s up and out of the hole.

1. Make A Decision To Never Borrow Again To Purchase Stuff That Depreciates 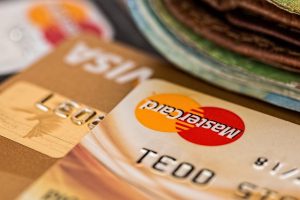 Draw a line in the sand and say “enough is enough,” because it’s time to get passionate about freedom from debt.

This might mean cutting up your credit cards, or it could mean beginning to save a few hundred dollars each month toward your next car purchase. Either way, this requires a discipline that few people in Western culture seem to have, which is spending less than you earn.

If you can’t pay cash for something, then you can’t afford it.

2. Spend Every Dollar On Paper Before Each Month Begins

Yes, this means keep a budget. Budgeting is not an optional addition to your financial management plan. It’s not just for those who can’t reign in their spending. Budgeting is foundational to wealth creation. We must treat our personal finances like we would a business. 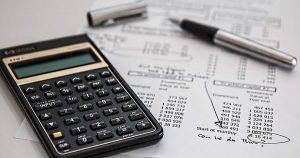 My wife and I use some helpful budgeting software called YNAB, short for “You Need a Budget.” Quite appropriately named, I reckon.

Whether it’s this system or another, make sure you decide each month where all your money’s going to go before you spend it.

The ultimate goal of budgeting is obvious: to be deliberate about where we spend, so that we can direct more funds toward either debt reduction, savings or investment. If you’re in debt, I can virtually guarantee that you have not been living on a budget.

For those who were never taught how to budget, this can take some getting used to. But don’t give up. If you stick with it, it will get easier.

3. If You’re Behind On Payments, Get Current

Sometimes crazy and unexpected things happen in life that really set us back. Making unwise investments, relationship breakdowns and the loss of employment can happen to the best of us. If you think you’re above such challenges, think again. 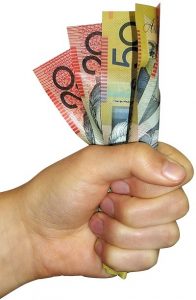 In an extended season of hardship, you may have found yourself unable to make minimum payments on your debts. You may even feel like you’re drowning in debt.

Being hassled and chased by creditors is not fun. And it’s a demoralising place to stay. If you’re in this unfortunate position, keep in mind that it’s only temporary. You’re an honourable person, and you will do whatever it takes to get caught up.

As much as you may want to crawl under your sheets and hide, it’s always best to communicate regularly with your lenders. You might be able to renegotiate repayment terms, or even work out a settlement without recourse for a lesser amount.

Now that you’ve cut up the credit cards and you’re at least treading water, you’re going to need a small emergency stash of cash for a rainy day. 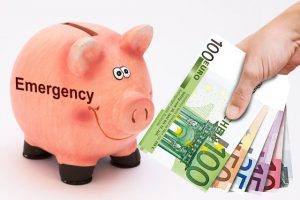 Cars break down, kids need new shoes, and sometimes we have seasons without work. These are emergencies.

Your car rego, a new LCD TV, or a trip to Fiji is not an emergency expense. Those are things you save and plan for when you can afford them.

A question that people commonly ask sounds something like this: “I already have $10,000 in my savings account, but I owe $5,000 on my credit card. What should I do?”

Would you borrow off of a credit card to put emergency savings in the bank? I hope your answer is “no.” It’s the same thing. Besides, if you’re used to having more savings, it will scare you into getting your debts paid faster. 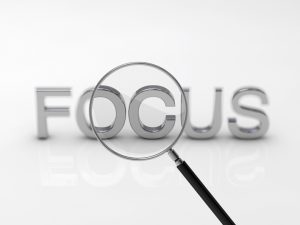 If you had more than $2,000 in savings, you’re going to use all but $2,000 to attack your debts, starting with the debt with the lowest balance.\

First, list your debts from smallest to largest. Don’t worry about interest rates. You’re going to pay your smallest debts first, because you need the encouragement of crossing off that smaller debt.

It will bring you a sense of fulfillment. To paraphase one of my favourite quotes from Dave, “If you were a genius at math, you wouldn’t have gotten into debt in the first place.”

Once you pay off the first debt, roll everything that was budgetted on the previous debt to the next lowest debt, adding it to that debt’s minimum payment. Eventually, your payments begin to snowball and you build greater and greater momentum.

Once you’re debt free, go out to dinner with your partner and celebrate. But don’t increase your standard of living, because we’re not done yet.

6. Complete Your Emergency Fund By Saving At Least Three Months Of Your Household Expenses 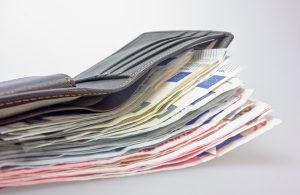 With the momentum that you’ve already developed, you probably won’t take long to tick this one off.

This step is absolutely crucial because you need a financial margin in your life. It was the lack of margin that detemined your dependence upon debt in the first place. With money in the bank, you’ll have no excuse for borrowing.

Whether you save three months, six months or a year’s worth of expenses, it is up to you. It really comes down to how secure you feel your job is, and how much of a margin you want to protect yourself.

Just keep in mind, there’s a difference between emergencies and desires. This is not the account you pull from for a holiday or a new car. Start a separate account to save for these future luxury expenses. 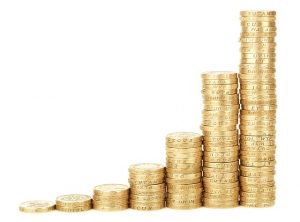 This is where the fun part begins. Once you’re emergency account is fully funded, it’s time to start building wealth.

In From 0 to Financial Freedom: How To Do It Today! (get a free copy here), Steve McKnight says, “The first and most important of all wealth creation laws is spend less than you earn and invest the difference.” Robert Kyosaki calls this, “paying yourself first.”

Once you’ve developed a consistent discipline of living within your means and saving, you’ve proven that you are ready to begin building wealth. If you’re not sure where to start, check out Steve McKnight’s Property Apprenticeship course.

I’ve coached hundreds of investors in this program and many of them who owned one, two, or even no properties when they started, are now using property as their primary wealth creation tool.

Take a moment to check out a few of the student testimonials here and here.

Here’s one final step to consider. If you’re in debt, take a moment to write down these goals and personalise them in “I will” statements. Attach a completion date to each one, and read them aloud daily. One of the biggest challenges to getting ahead financially is to maintain your vision and passion to achieve the goal.

If you have a story of triumphing over debt or financial hardship, please take a moment to leave a comment and share your story below. What was your secret? How did you stay on track toward the goal?