Down. Down. Prices Are Down.

No, I’m not talking about the advertising jingle of the major supermarket chain, Coles. I’m referencing the latest trend as outlined in Core Logic’s August data series for Aussie residential real estate.

While you can read their summary report here, the highlights include:

The conclusion: the Indian summer for Aussie property prices seems to have finally ended, less so in the ‘affordable’ entry-level housing market, but much more so in the ‘high spec’ market of upper-class homes, and renovation and development sites.

A case in point is a property a friend and I have been watching in Melbourne’s leafy eastern suburbs. It is a development site of nearly 1,000m2. It was bought by a “wealthy Asian buyer” in May 2015 for $2.53m as a vacant block, and he went on to have plans and permits approved for two high-class houses to be built on the site.

Fast forward to February 2018, and, allowing for closing costs, a couple of year’s interest, and for getting plans and permits for two luxury dwellings scoped and approved, the site would now easily owe him $3m.

However, sensing the market was getting the wobbles, or more likely, given the exodus of even wealthier Asian buyers who might have wanted to pay $2.5m+ for a trophy home, the vendor put the block with plans and permits up for sale via a ‘Boardroom Auction’ (instead of auctioning it on site, the auction is done at the agent’s office with only qualified buyers allowed) with the agent canvassing a sales range of $2.6m to 2.8m+. It didn’t sell.

Just for the record, at that time I emailed my friend and recommended we submit an offer at $2m. We did, and were laughed away and told: “you’re dreaming”.

So much for not being able to lose money on real estate. If you’re interested, my offer for that property now would be in the vicinity of $1.6m. Who’s laughing now?

With September arriving, and Spring along with it, the annual real estate ‘selling season’ has begun. However, unlike last year when vendors were salivating and their greed glands secreting, now there is a hint of panic in the air, particularly for those who have an urgent need to exit.

So what has changed over the past year? Our population is still growing. Our economy is still quite strong. Interest rates are still at, or near, historic lows. What’s been the cause of this sudden shift in sentiment?

The answer is liquidity. It has become a lot harder to get the same loan amount, on the same terms, today as what you may have received a year ago. Specifically, the following loans have ‘dried up’:

At the same time, lenders have become almost militant about assessing living expenses – down to the equivalent of wanting you to justify your consumption of staples and paperclips! Not long ago, all you had to do was fog up a mirror to get a loan.

And it is forecast to get worse! Once the Royal Commission into dodgy lending practices is handed down, the government coming into an election is going to blame the banks for rampant profiteering and will demand better lending practices. This means two things: higher loan fees because of the extra regulation, and lower loan amounts.

Now, some readers might blame higher interest rates for the negative sentiment stampede. That’s not quite right though. Yes, I concede I’ve been banging on about how households are in so much more debt today than they have ever been before, and how a small rise in interest rates will have a historically disproportionate impact on affordability, but interest rates, at least for homeowners (as opposed to investors) are still at (or very near) all-time lows.

As for investors, if they were so hasty as to buy a property without factoring in the impact of higher interest rates, then the market is sure to teach them a valuable financial lesson about the importance of doing better due diligence in the future. 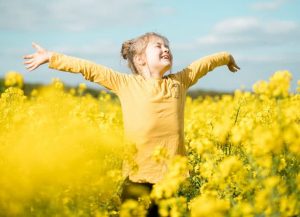 Speaking of Spring, it’s timely to recall the important principle of absorption.

If you are unfamiliar with it, then I encourage you to watch this micro-training I recorded on the subject.

When the market is booming, most new listings are gobbled up by eager buyers, and most of those properties that don’t immediately sell are snapped up (i.e. absorbed) soon thereafter. The few properties that aren’t sold sit for a while, but when sentiment is strong, even the mould looks like gold.

However, when faced with conditions as they are now – downwards price pressure, poor appetite for speculation, and less loan liquidity, – real estate now faces headwinds that we haven’t experienced (at least in Sydney and Melbourne) for some time. Namely, more houses for sale combined with fewer interested buyers.

If everything goes to ‘script’, this Spring fewer houses will sell at first attempt (i.e. at auction or within 14 days of listing for private sale), and those not sold immediately will be shunted onto the unwanted pile. Such homes will have a relatively short exposure-time, because the following week there will be a fresh tide of ‘new’ properties that buyers can choose from. This won’t be a problem if all vendors can hold their breath, and their nerve, until a buyer emerges willing to pay their desired price. Sadly, this isn’t a safe, nor even a reasonable, assumption in a down market.

In real estate, people don’t have to buy (because they can rent), but some people have to sell (such as those in a credit squeeze, change of job or family circumstances, etc.). As such, unfortunate vendors experience an increase in motivation (and often desperation), and so too increases their willingness (or necessity) to accept a price discount, in order to attract the buyer’s attention away from the other ‘new’ listings.

A property can become ‘stale’ very quickly in a soft market and languish unloved and unwanted as buyers assume the reason that the property hasn’t sold sooner must be because there is something wrong with it.

Chasing Down The Market 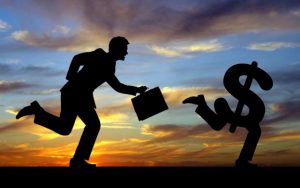 Let’s return to that example of the property for sale in Melbourne’s leafy east to explain a situation I call ‘chasing down the market’. Remember that the vendor had his first chance to impress the market and ‘catch’ a buyer, but failed to do so, at a price of $2.6m – $2.8m.

It took a while, but the vendor finally came to grips with the notion of accepting less, and so dropped the price to $2.4m – $2.6m. This price might have attracted a buyer when the property was first taken to market, but prices have since retreated further.

In the vendor’s mind, he is offering up a bargain at an $800k price decrease. Yet in the market’s mind, the price paid for the property in 2015, and its possible value back in February, is not relevant. All that matters is the property’s value today, which is based on what other similar vendors are willing to sell for.

Can you see how the vendor has been ‘chasing the market down’? In order to ‘catch it’, and assuming he really does want to sell, he really needs to drop the price to some amount that ‘wows’ the market and attracts its attention away from the plethora of newer listings, enticing a buyer to overlook the potential stench of it being so stale.

Normally, when a property can’t sell after a prolonged sales period, it might be worthwhile taking it off the market for 3 to 6 months, and relisting it with a fresh marketing campaign and with a different agent.  Such a strategy, however, is risky in a down market, as the price might slip significantly further in the meantime.

What Do We Learn? 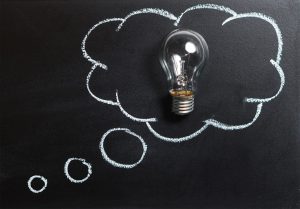 How long have I been saying that you need to prepare for times such as these by selling any underperforming properties while you could? To cash up in preparation for great deals, as those who bought badly were forced to sell badly?

If you listened, well done. Now, be patient.

The downside risk for further price slips is real, especially given loan liquidity is unlikely to improve this year, and things might even get a whole lot worse once the findings from the Royal Commission are released.

Labor looks almost certain to win the next Federal election, and, if it does, their tax and real estate policies are likely to add further downward pressure to real estate prices (after a possible short-term rally – but more detail on this subject at another time).

Don’t be in a hurry to use your purchasing power. Sure, if a good deal comes your way, snap it up, but it needs to be very good. Otherwise, watch what happens in September, and know that your best opportunity to negotiate is on properties that have been for sale for longer than 60 days and are becoming increasingly more and more stale.

Until next time, remember that success comes from doing things differently

If you have any comments or questions on this article, then please post them below.