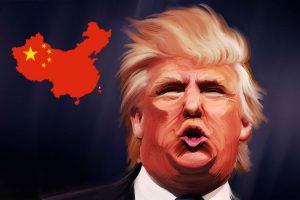 Being both a property investor and a resident of the United States, I was asked to write an article on November’s colorful election result, and what it might mean for Australia and the rest of the world.

Mercifully, this request coincided with a business trip to Asia that included time in Singapore, China, Cambodia, and now as I write this, Malaysia. Since we’re all a little fatigued from the dramas of the election campaign, I’ve decided to focus on what is happening across the Pacific. There, I found, perceptions on the topic are dramatically different than inside the American political bubble.

I’ll preface this by saying that I am not an economist, a political expert, nor a Ph.D. in Asian culture. Following are my personal observations and thoughts from 13 years living and doing business in both Asia and the U.S. As such, there is a lot of “gut” commentary here that should be treated as such.

What struck me on this trip is that despite the headlines, the Asian reaction to Trump has been remarkably muted. This surprised me, especially given the extent to which his proposed trade policies would impact the region if actually enacted in one of their various (and vaguely-phrased) forms. It’s a stark contrast to both the hysteria in the U.S. and the mood on the street in Mexico, When I traveled south of the border before the election, the feeling there was already one of genuine horror.

From my perspective, things are occurring now in China that will impact Asia and the South Pacific far more than anything coming out of the White House or the Federal Reserve. In all the nations I traveled in, China is without question the first concern on the minds of investors and businesspeople.

Keep Calm and Build On 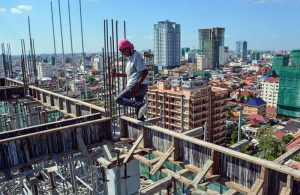 Phnom Penh, the capital of Cambodia, is unrecognizable from when I visited nine years ago. At that time, you could count on one hand the number of buildings over six stories, and the sounds of buzzing mopeds and honking horns made thinking difficult.

Now, the traffic noise has been drowned out by jackhammers and buzz saws. High-rise condos, offices, and resorts are sprouting like grass shoots from fresh topsoil. Most new construction is being financed by Chinese developers, and I’m told the action only really started about two to three years ago. This is interesting, as it was roughly at that time when China’s economy began its deceleration and oil slumped alongside most other commodities.

In Malaysia, people are buzzing over the volume of Chinese development in Johor Bahru, the city directly north of and connected by bridge to Singapore. Some estimate the number of apartments scheduled to be built there could be as high as 500,000. It won’t all happen at once, and it may never happen at all, but given Johor Bahru currently has a population of only 1.8 million, and even Singapore has only 5.5 million, that’s a lot of new housing with so little proven demand.

To give a sense of how this impacts the local psyche, consider if that many new apartments were being built by Chinese developers in Sydney or Melbourne. Would you really be all that concerned about the new U.S. President Elect? 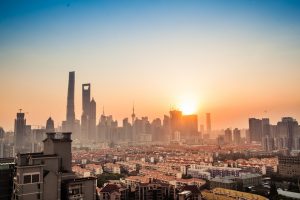 On my visit to Shanghai, the city seemed economically vibrant in a healthy way. It felt like a mature market, where living costs were about what they should be, and business was Goldilocks warm but not too hot.

My last visit in 2008 was a different story, but for now, it appears that many of the highways, skyscrapers, and remaining development parcels have been built or sold and development is occurring at a more sustainable rate. Gentrification of older areas is very much in vogue, and economically makes a great deal of sense given the low cost of labor and materials relative to the extent that rents can be raised.

Don’t get the impression that all is rosy. Attendance at an expo showcasing U.S. real estate opportunities, mostly luxury high-rise apartments in New York City, along with a few backroom conversations, told a slightly different story.

It’s no secret that the other areas of the country are much less flattering. I’m not revealing anything new when I refer to ghost cities in China. You can still find brand new cities with vacancy rates of 80 percent or more. Bear in mind though that China, as with most things, is different. Even Beijing typically runs vacancy rates over 20 percent, a level considered highly distressed in a western economy.

Construction continues apace even today in Tier Two and Tier Three cities that you’ll never know the names of. It’s all ultimately funded by state-owned banks with opaquely mandated minimum lending quotas and carried out on land purchased (or rather, leased) from local governments to fund their budgets. Investors are primarily buying these dwellings as a “store of wealth” with no concern for cash flow. I emphasize “store of wealth” to differentiate from the western sense of an “investment”, and it explains a lot about why the Chinese are trying to get their money out of China. 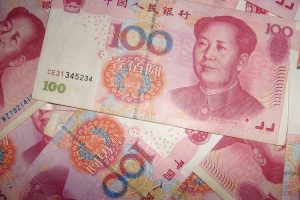 The lines get a little blurry here. By my definition, investing in the classical value sense is borrowing at 5 percent to get a return of say 10 percent. Buying a loss-making asset in the sole expectation that it will increase in value is speculating. There’s nothing wrong with that if it’s well thought-out and the risks are weighed. Saving is simply the preservation of capital, either for emergencies or anticipation of superior future investment opportunities.

The current tidal wave of money flowing out of China is not investment by this definition. It instead combines elements of the latter two, with outbound capital flows, in particular, being more geared toward capital preservation rather than optimal returns.

Investing in a foreign country always carries more risks than investing at home, and is rightfully a more intimidating prospect. Enticing investors to a foreign jurisdiction typically requires the promise of enormous returns abroad – think America in 2009 – or the fear of dramatic losses at home – think Venezuela from 2013 to the present.

Chinese investors are no more or less reckless by nature than any others, and they are accustomed to average capital growth rates of 10 to 15 percent domestically. They do however suddenly appear to collectively have a lot of money, and they are going to great lengths to get it offshore.

Since 2007, total global debt has risen by over $57 trillion, and that figure is a year old. China accounts for roughly $21 trillion of that increase, but given estimates of the Chinese shadow banking system’s size, which could be as high as $7.5 trillion, and the estimated annual rate of growth since then has been around 40 percent per annum, no one really knows how much money has been created in China, where it has come from, where it has gone, or how it will ever be repaid.

I saw first-hand that much of this new money creation is flowing into neighboring countries that are too simply small to absorb it all. These economies are becoming increasingly distorted by artificial demand, which is forcing domestic buyers to take on high levels of debt while simultaneously fanning social problems associated with housing affordability.

Inflation is becoming a major issue as a result of the strengthening U.S. Dollar. This is, in turn, squeezing the ability of locals to borrow relative to their lagging real incomes. These are the most pressing concerns for both residents of China and the countries to which it’s capital is headed.

Trump – A Guy We Can Work With?

So what’s up with the muted response to the U.S. President-Elect? My take is that relative to classic Western liberal democracies, the Chinese are culturally very comfortable with the idea that what someone says, thinks and does can all be very different things, and they place a much greater emphasis on the latter than the former. Mr. Trump is no fool and has proven to be both a ruthless pragmatist and masterful craftsman of perception. These are traits Beijing is more comfortable with than ideological lecturing or principle-based policy.

In the weeks following the election, people have seen that what President-Elect Trump says, thinks, and does are indeed three very different things.

Then there’s China. Just this week, Trump stirred the pot by speaking with the Taiwanese Prime Minister, initially dismissed as a gimmick but later drawing a formal protest from Beijing. The practical implications of this for U.S. – China relations long term are unsubstantial, but it does give Beijing some ammunition with which to demonize Taiwan and press the takeover agenda it has always wanted to pursue.

In a conveniently timed twist, Henry Kissinger, easily the most famous and adept mediator between Beijing and Washington, visited China last week to meet with Chinese President Xi Jinping for discussions that have not been disclosed in detail.

Trump has maintained his intention to brand China as a currency manipulator, threatening to raise tariffs on Chinese imports into the U.S. He’s apparently ignoring that the People’s Bank of China (PBOC) has in fact spent several hundred billion dollars in 2016 trying to *prevent* the Yuan from declining amid broad consensus that China’s currency is probably still significantly overvalued.

There are plenty of roadblocks in the way of Trump’s tariff intentions, which could provide plausible deniability for him in the event he can’t make good on his promise – not that he has required it for any of his broken pledges thus far. Much of his rhetoric to date has appeared to be more an opening offer than a promise. Like a good businessman, he’s stacking chips on the table that can later be negotiated off in exchange for concessions from the other side.

The instinct in the West is to see this as the sign of someone dishonest, unreliable and utterly without principle – precisely the qualities with which Trump brilliantly, hypocritically (and almost hypnotically) branded his election opponent. We expect politicians to break their promises, but we also expect them to at least make a show of trying to keep them. Trump is indeed treating this like a business engagement rather than politics, at least the brand we have come to expect.

Across the Pacific, the view seems to be that of one who has recognized an interesting adversary with very few deeply held ideological values. They see someone who can play the demagogue and vilify you to his electorate before breakfast, then meet you for 18 holes in the afternoon; one who can, in all likelihood, be negotiated with on virtually anything.

This is exactly the sort of person Beijing appreciates doing business with, as long as he can keep his own ego in check.

Aran Dunlop is an ex-international money marker trader who was responsible for billions of dollars of bond trades. He now resides in Florida, and works closely with Steve McKnight, sourcing properties for the Passive Income Fund.